Free Shipping & Returns on all U.S. Orders | Free Global Shipping on Orders Above $150

Instrmnt is a Glasgow-based, multi-disciplinary design studio focused on creating industrial-led products​ with an emphasis on​ quality, simplicity and attainability above all else.​ ​Their work has been recognised and exhibited by the V&A, London Design Festival and as part of the official campaign for Scotland’s Year of Innovation, Architecture and Design.

Founded by Pete Sunderland and Ross Baynham in 2014, the studio launched with one simple product: Instrmnt 01, a minimalist steel watch which takes inspiration from the industrial design of the mid-20th century. Baynham and Sunderland hold a keen interest in the functional, utilitarian products and tools produced during that time period, from the simple, readable dials of analog ammeters and voltmeters to the revolutionary minimalism of Dieter Rams.

The layout of Instrmnt 01 – unassembled with tools provided for the customer to build their own watch – has quickly become an iconic part of the brand, and the watch has earned acclaim from the likes of The New York Times, Dezeen, Wallpaper, High Snobiety, and The Sunday Times amongst others.

Further products and commissions have followed, including a 2-speed city bike built in collaboration with Freddie Grubb and an initial foray into furniture design via the creation of a multi-purpose day bed. 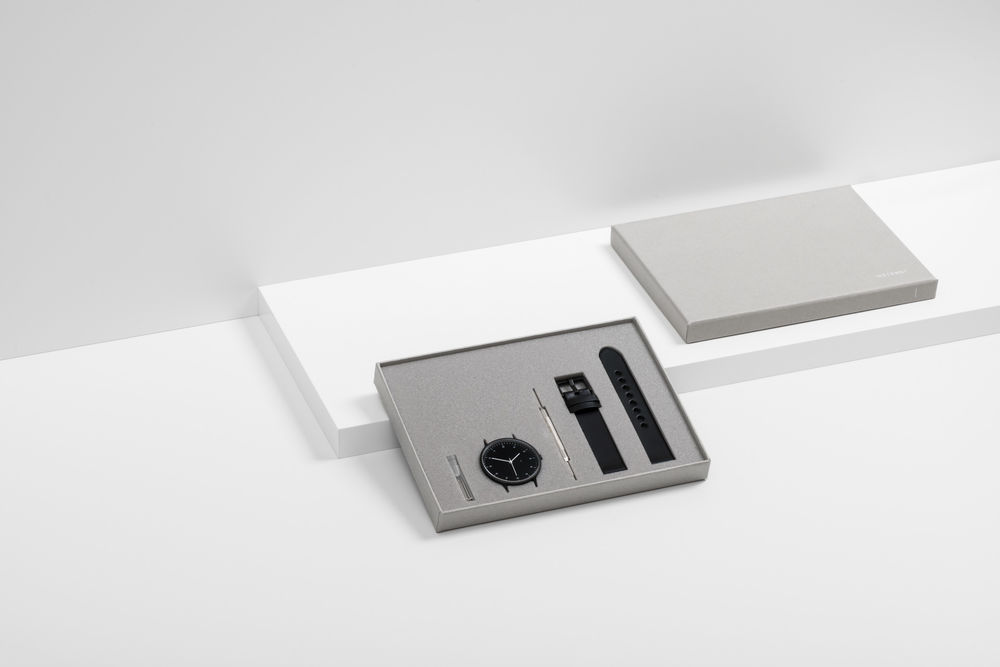 In early 2016, the studio opened their first store in Glasgow’s Trongate – a thriving district of independent stores, galleries and design practices within the city centre. Beyond Glasgow, you will find Instrmnt products at fashion and design-conscious retailers across the world, in cities such as London, Antwerp, Tokyo and Toronto. Our network of stockists includes End Clothing, C’H’C’M’, Need Supply and Neighbour.