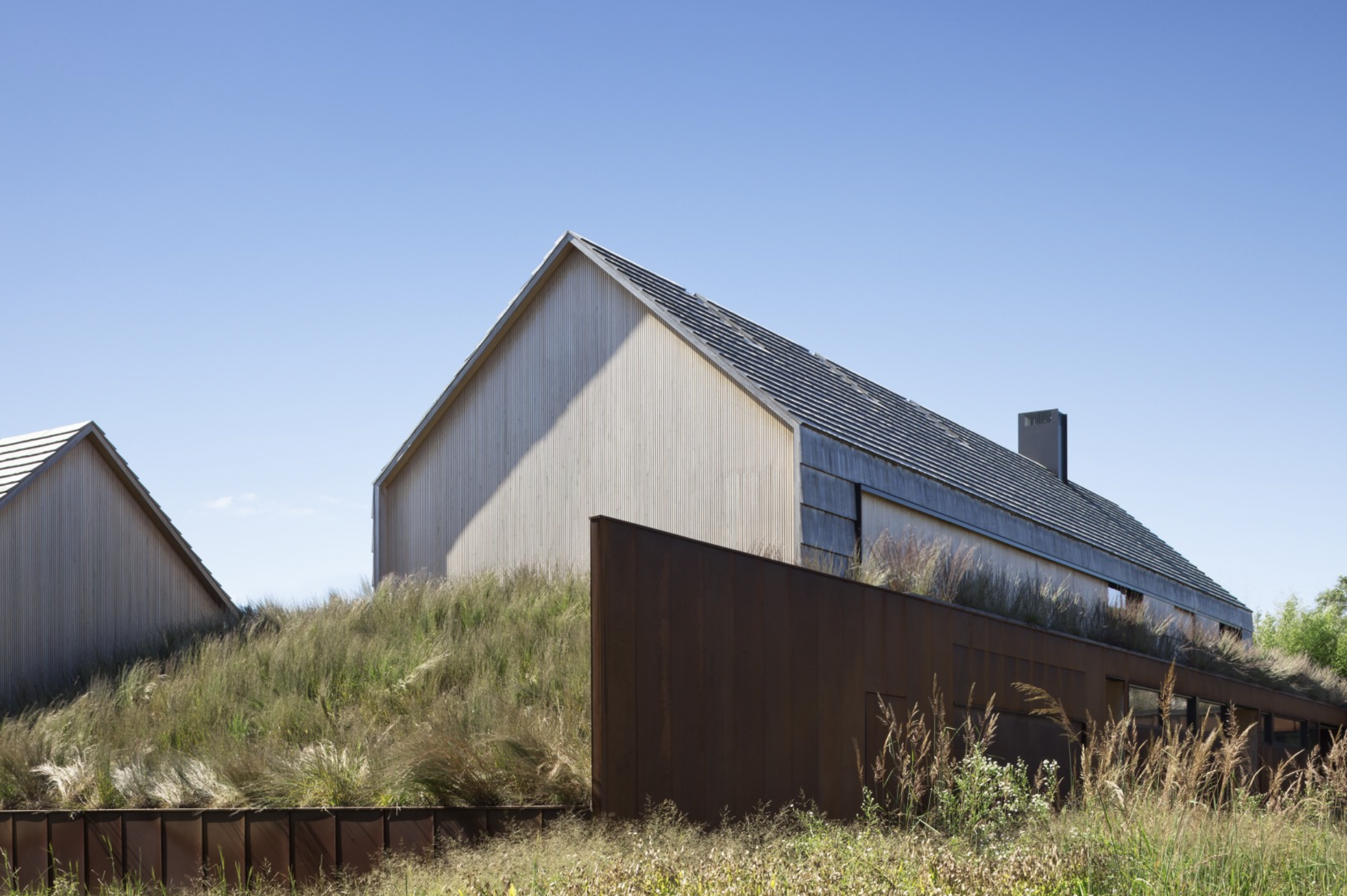 Bates + Masi is an architecture firm based in East Hampton, New York, known for creating detail-orientated modern buildings. Since 2003, the firm, which is now led by Paul Masi, has won 217 design awards, and its work has been featured in the New York Times, New York Magazine, and Architectural Digest.

We spoke to Paul about using the right materials for the right places, the importance of storytelling in architecture, and surfing through the winter.

Where are you right now?

We’re on the eastern end of Long Island, about two and a half hours away from Manhattan.

Can you give me an introduction to the firm?

It was started in 1965 by Harry Bates, in New York City. He was working at Skidmore, Owings & Merrill for one of the partners, Gordon Bunshaft – a legend in architecture – and moonlighting out of New York. Most of Harry’s work was on Fire Island, and as his career progressed he started to head more and more east, towards Southampton, East Hampton, Montauk… In 1984 he moved the firm to Bridgehampton. I met him in 1995; I was working at Richard Meier and Partners and we ended up hitting it off. I was actually going off to teach architecture, not to practice. I went to Harvard for my Masters degree and I enjoyed the programme.

There were some cutting edge ideas, of course, but what impressed me more was that all of the architects who were teaching also had a very successful practice. The two things informed one another. When I was finishing up, I decided I didn’t want to only teach – I knew I had to educate myself in the construction industry before I could go out and teach people. So Harry said, ‘Look, I’m pretty much about to retire’ – he was 70 at this point, I was around 26 – ‘come out here, we’ll partner up, and we’ll give it a shot.’ And that’s what we did. We practiced for ten to 15 years together, and about 10 years ago he retired. He’s 95 now.

Does he still impact what you do?

From a philosophical standpoint, yes, absolutely. So much of our work is about the details and the craft. What was really interesting about Harry was that, in his early work, he was very restrained in the number of materials he used. He jokes that he took that approach because they were the only materials left in the lumber yard in the 1960s. But I think it was more than that – it was about creating an environment with a limited palate so you could really focus on what’s important: the landscape, the views. In some ways, the architecture took a back seat, but at the same time became this beautiful, crafted home.

It was a conscious decision to use less?

And you’re still doing that?

Absolutely. It’s exciting for us to take a base material, whether it’s something that’s very common or not, and to explore its character. What is the texture of it? What are the finishes we can use with it? How can we use it in unexpected ways? We like to really elevate that material. We recently completed a project that used thatch, for example, which is never done here. And we used it in a modern way, which was interesting and fun and an education. Seeing all the tools that are used to thatch – I’d never seen them before. It made me want to explore what we could do with the material even more, to push it to its limits.

You’re talking about the Stony Hill home, a project that seems to be so much about the area in which it is situated. In fact, in so much of your work place is a factor.

Place is important, yes. In all of our work we ask: ‘So, what makes Montauk so special? What makes Amagansett so special? What makes this specific property so special?’ We like to cast a wide net, go into the history and culture of a place, and see how the architecture can reflect that. That’s what led us to thatch – it was all about how that site had once been used for grazing for livestock. We took the idea of the landscape and changed it into an architectural material. It’s a subtle layer that continues the story.

Is it important for you to prolong the existence of specific craft techniques and materials that might not be used much anymore? Like thatching. Is that something you think about?

It’s funny. During our research, we kept reading things about how primitive and rudimentary thatching was, and yet we couldn’t find anyone with the skills to do it! In terms of prolonging craft and tradition, I don’t think that was necessarily our intention, but for us it was exciting because in some ways it gets back to our work being timeless. I think work that references history – that doesn’t mimic it but evolves it – is a great thing. We do spend a lot of time looking at historical architecture, believe it or not, to understand it. We like to understand those things and then reinterpret them.

How important is storytelling in your work?

Really important. There should be a meaning to the architecture. And having that smallest of details in telling the story is something that’s exciting to us and also to our clients. A lot of clients come to us because of our use of materials, and how we get them to interact with each other. We develop a narrative with the materials, and let that grow throughout the design.

No way! I thought they’d shoot it down, but they ran with it. They had a good appreciation of design and understood the extra effort you sometimes have to go to to achieve that.

We talked about you being based in East Hampton. How much does being based there affect your work?

There’s a couple different ways I can answer. In terms of the spirit of the place, for sure, it has a balance. I surf, which is why I live out here. I say to a lot of people in the office – because architecture has a terrible tradition of people working around the clock – I say: ‘We don’t do that here.’ I also say, ‘I want you to do other things.’ I think that informs the work. People who have this dedicated out-of-work interest – whether it’s surfing, cycling, fishing – it broadens their experiences. And that’s what we do in our work. We’re creating experiences for people. We’re trying to work out how to elevate everyday experiences so they become memorable for our clients.

Do you surf year-round?

It gets so cold.

I know. But there’s something about it that rejuvenates you. I think it keeps you young in some ways. But, you know, we have boots, gloves, hoods, you name it. Sometimes there’s ice in the water. It’s unbelievable.

With the question of work-life balance in mind, how does surfing particularly affect the way you do things?

I joke about this with a couple of friends. Surfers have this mentality where they take risks. They’re always pushing the boundaries. And I love to get into a subject and really understand it, become good at it, try to understand why that sport or trick is the way that is it. also, being part of surfing for so long, I’ve seen it change. Back when I was a kid there were maybe two or three people in the water, and anyone who surfed was considered a dirtbag, pretty much. When I went to architecture school I didn’t tell anyone! Since then it’s become so fashionable. Half of my clients are surfing.

How has the pandemic affected you?

I’d say the last two years were some of our worst years. It’s just been the ups and downs. The construction industry basically shut down, then came back online… We’ve had workers that ended up getting sick. There were problems with material supplies, labour. People suddenly wanted to build their kind of, I wouldn’t say fortress, but a place of refuge. It was a big challenge.

The New York Times has said you’re known for “clean-lined, modernist compounds”. What do you think of that word, ‘compounds’?

Well, things have definitely changed. We do a lot of second homes, and before the pandemic people would build these homes to use them in July and August, maybe September. But when the pandemic hit, they started spending more time there than they thought they would. Zoom calls and remote working became more mainstream and acceptable, so now they’re spending all year there, three or four days a week, a month here, a month there. And so people are now investing in those properties – I guess you could say they’re building their compounds – and putting other amenities in. People will say, ‘You know, we never felt we needed a garage because we were only here for summer, but now we want the garage.” Or: “The kids need a recreation room.” So sure, a compound? I guess so.

What have you got coming up?

I think so. As long as it’s a good design opportunity – that’s what gets us excited. The hatchery project is special because it’s something in our community. I really enjoy going into projects not knowing where we’ll end up. For us, it’s learning about a subject and trying to inform our work by understanding it better. 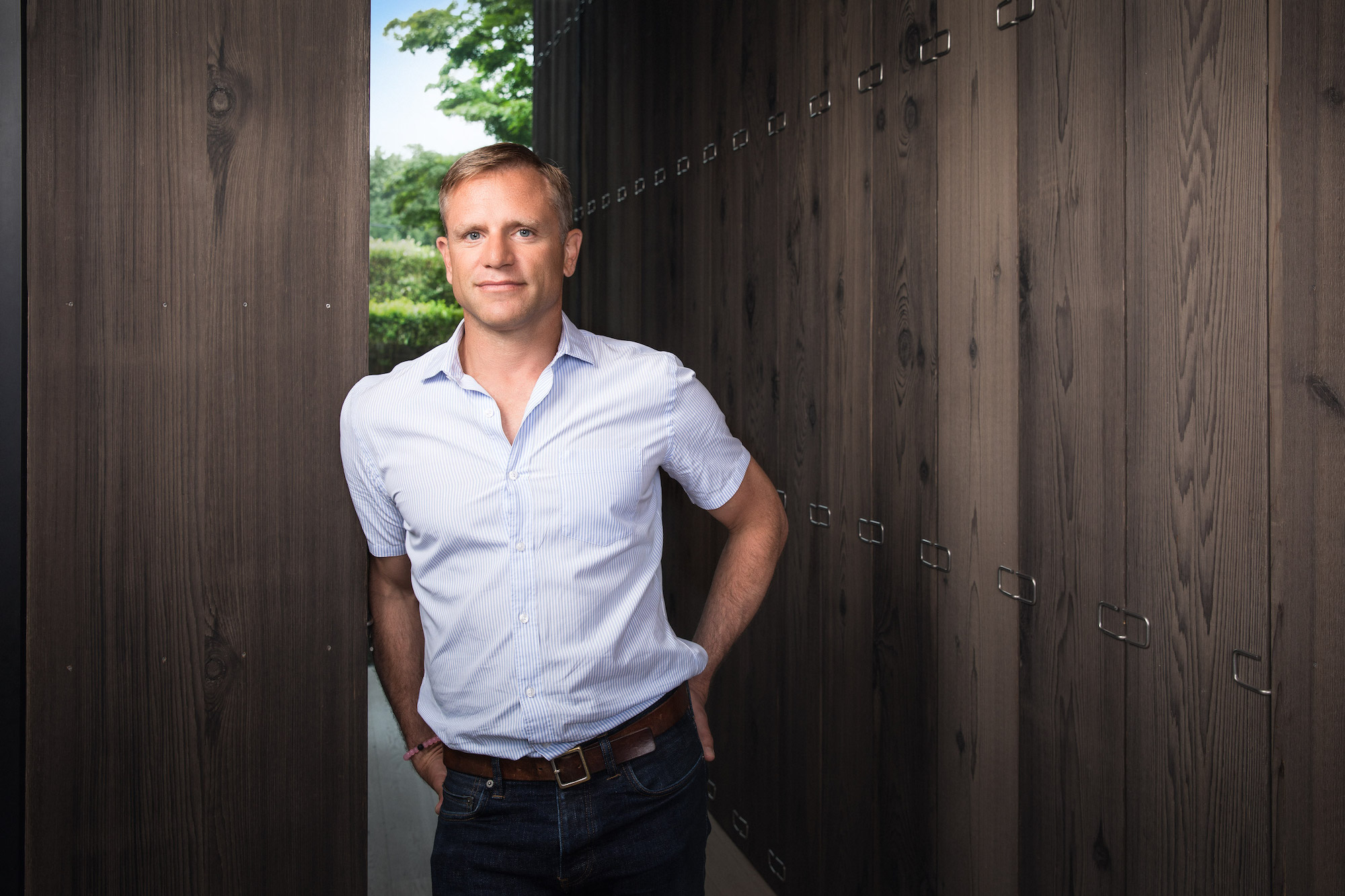 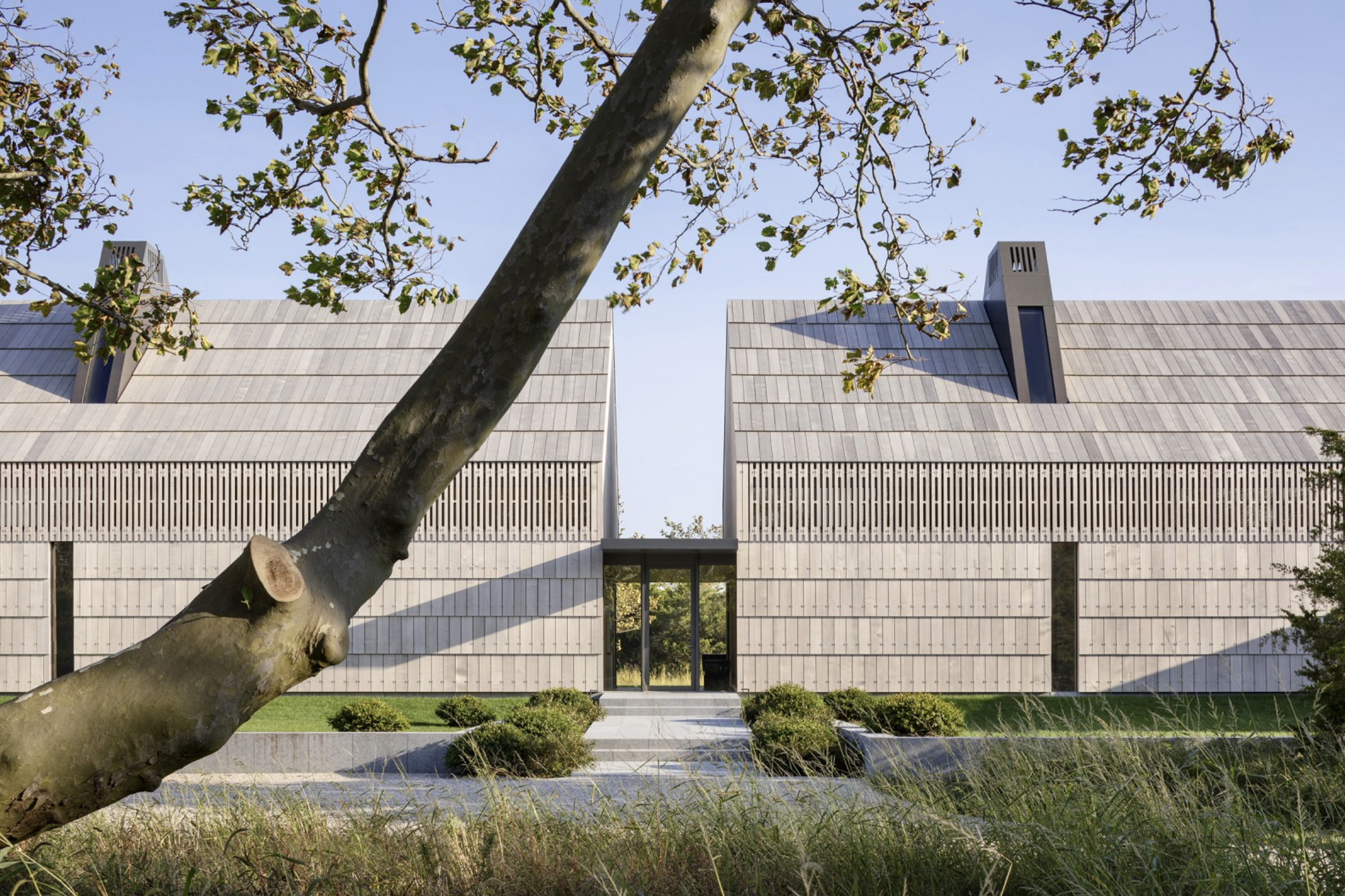 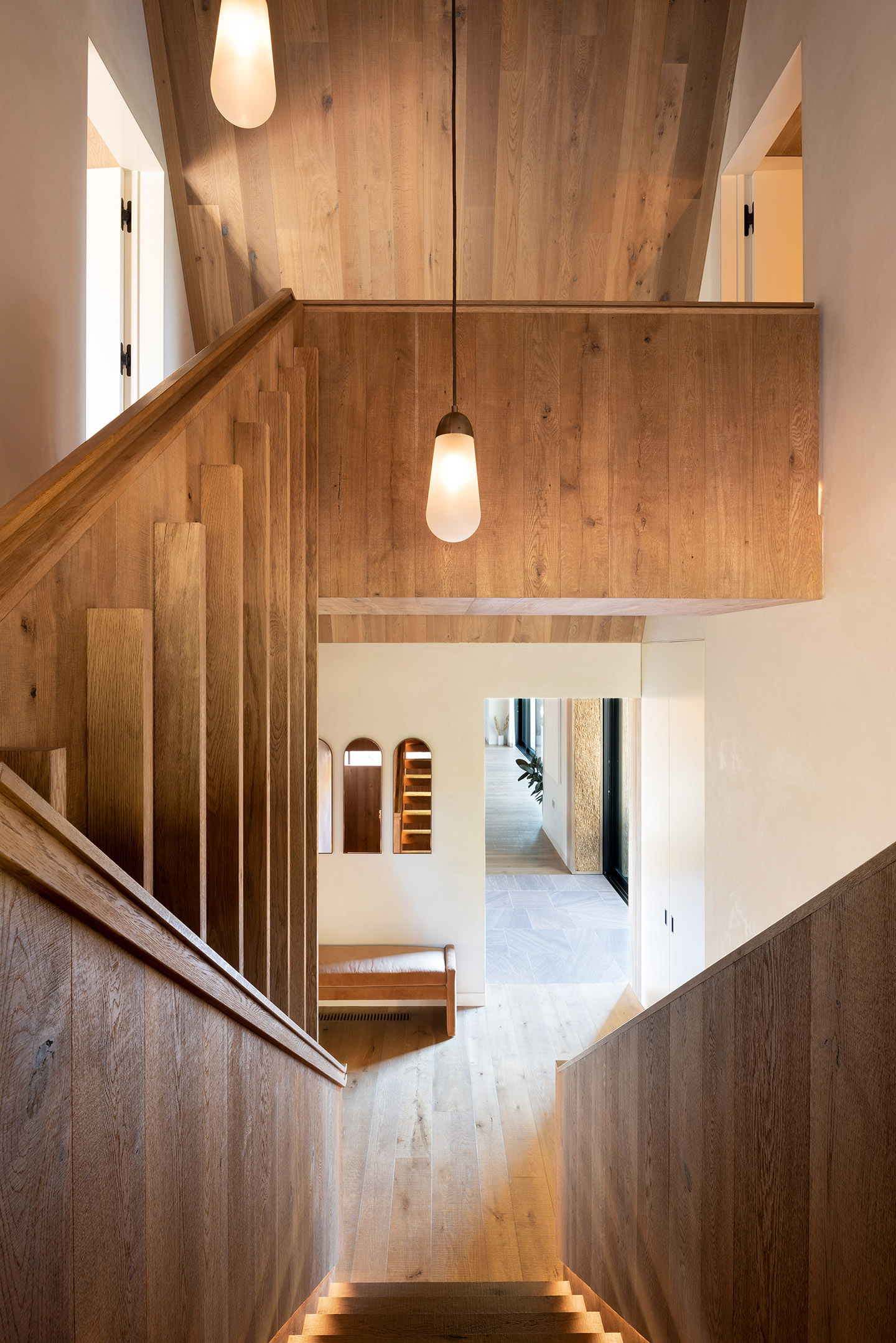 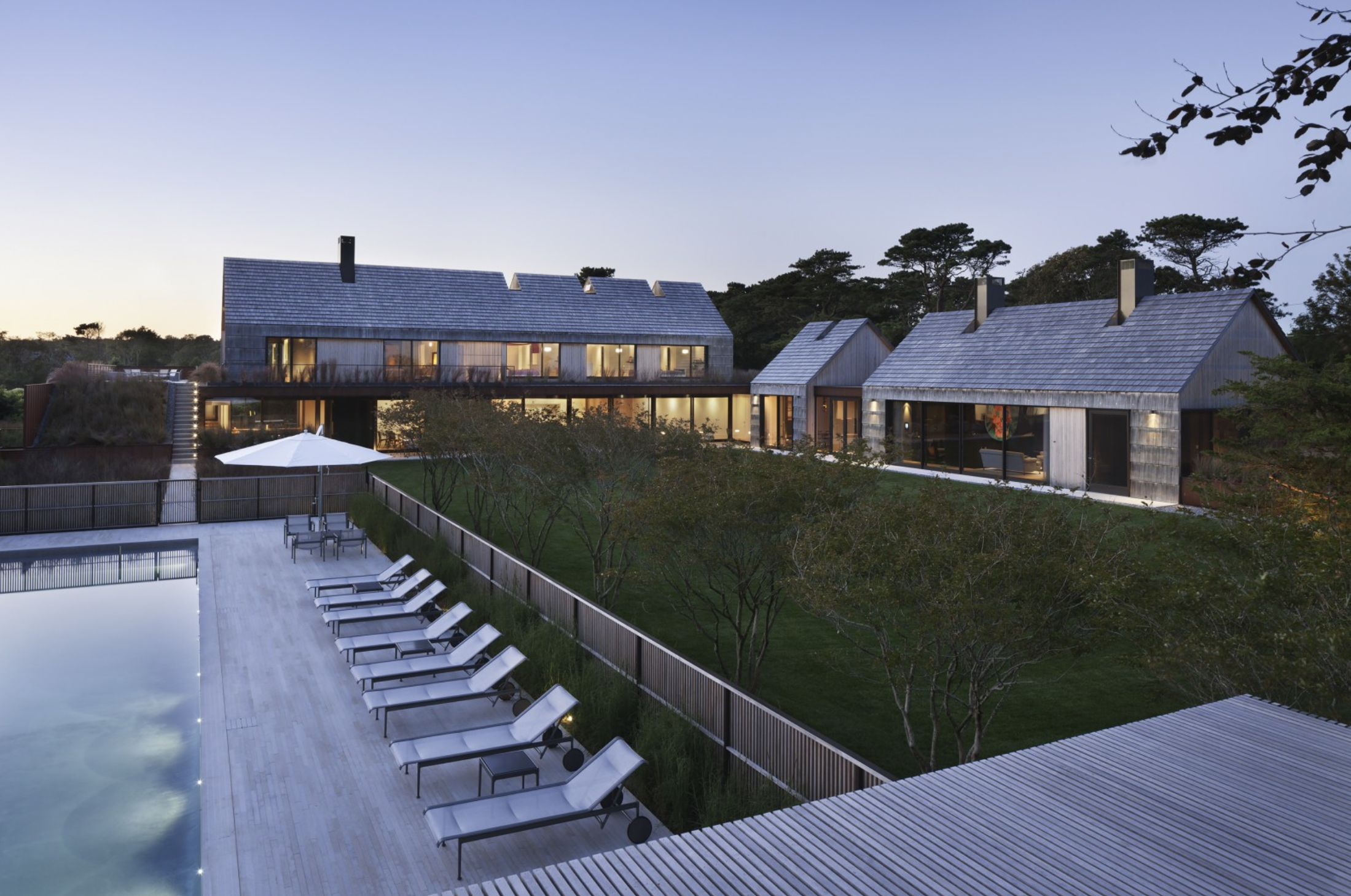 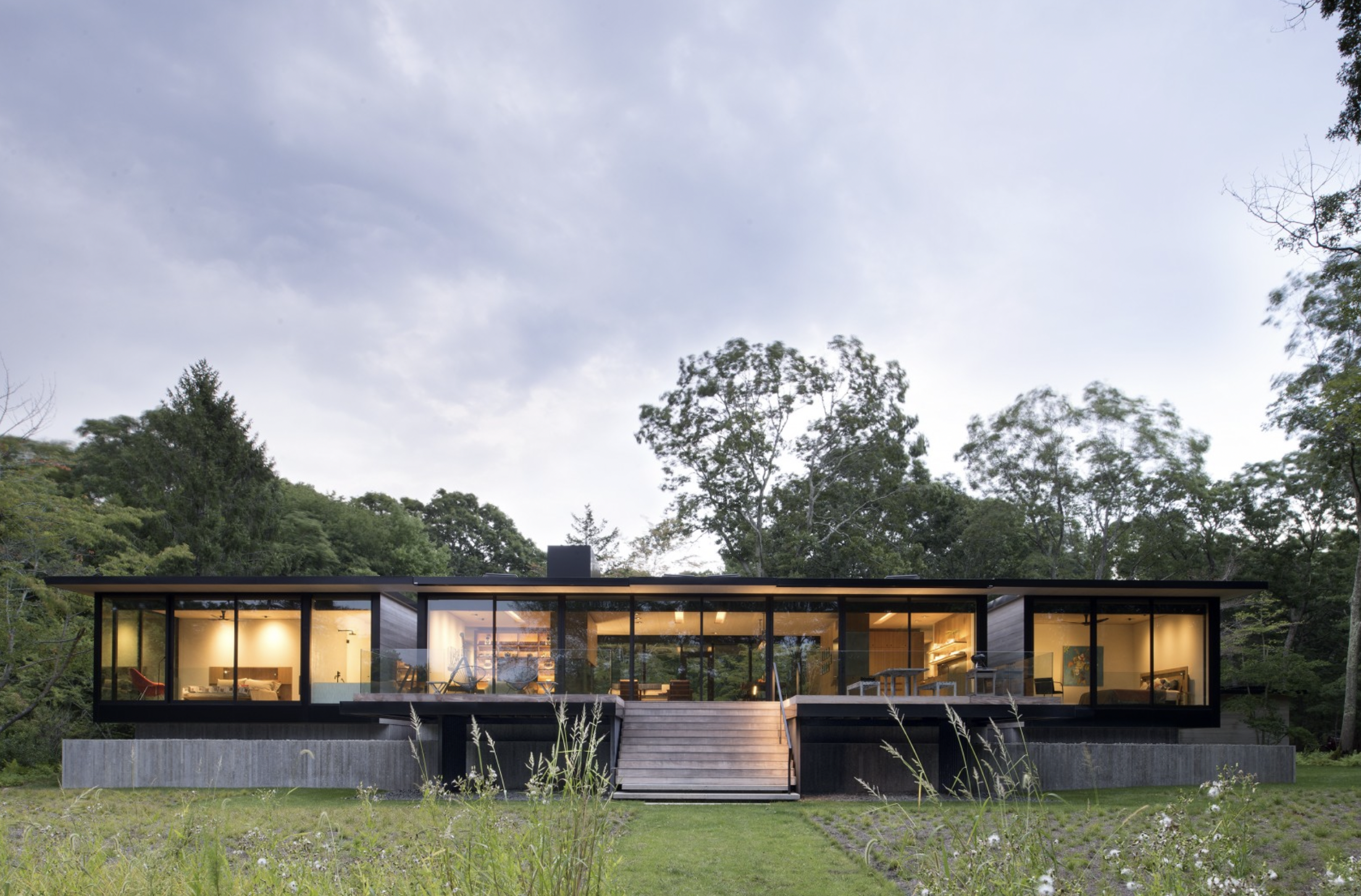 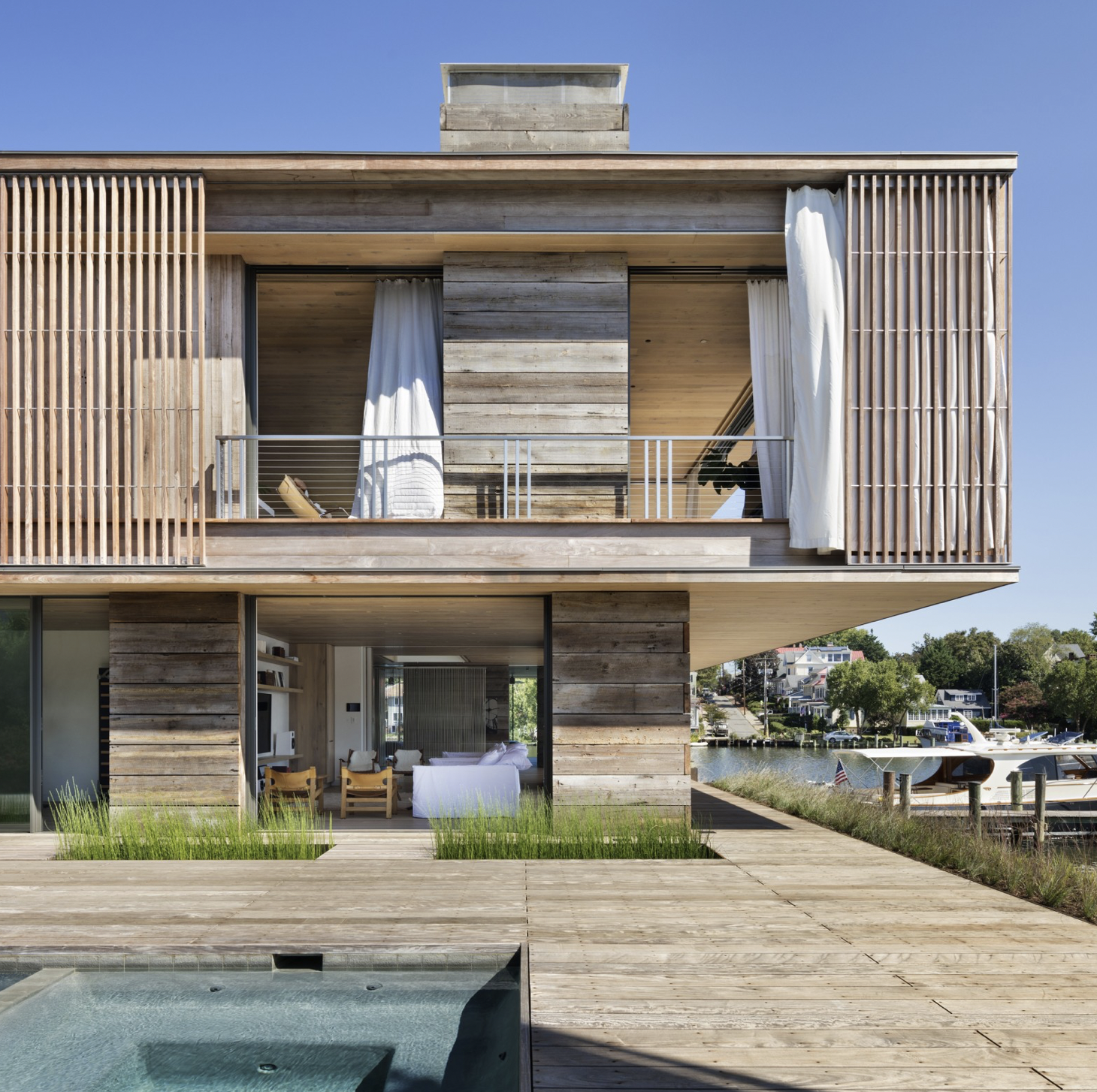 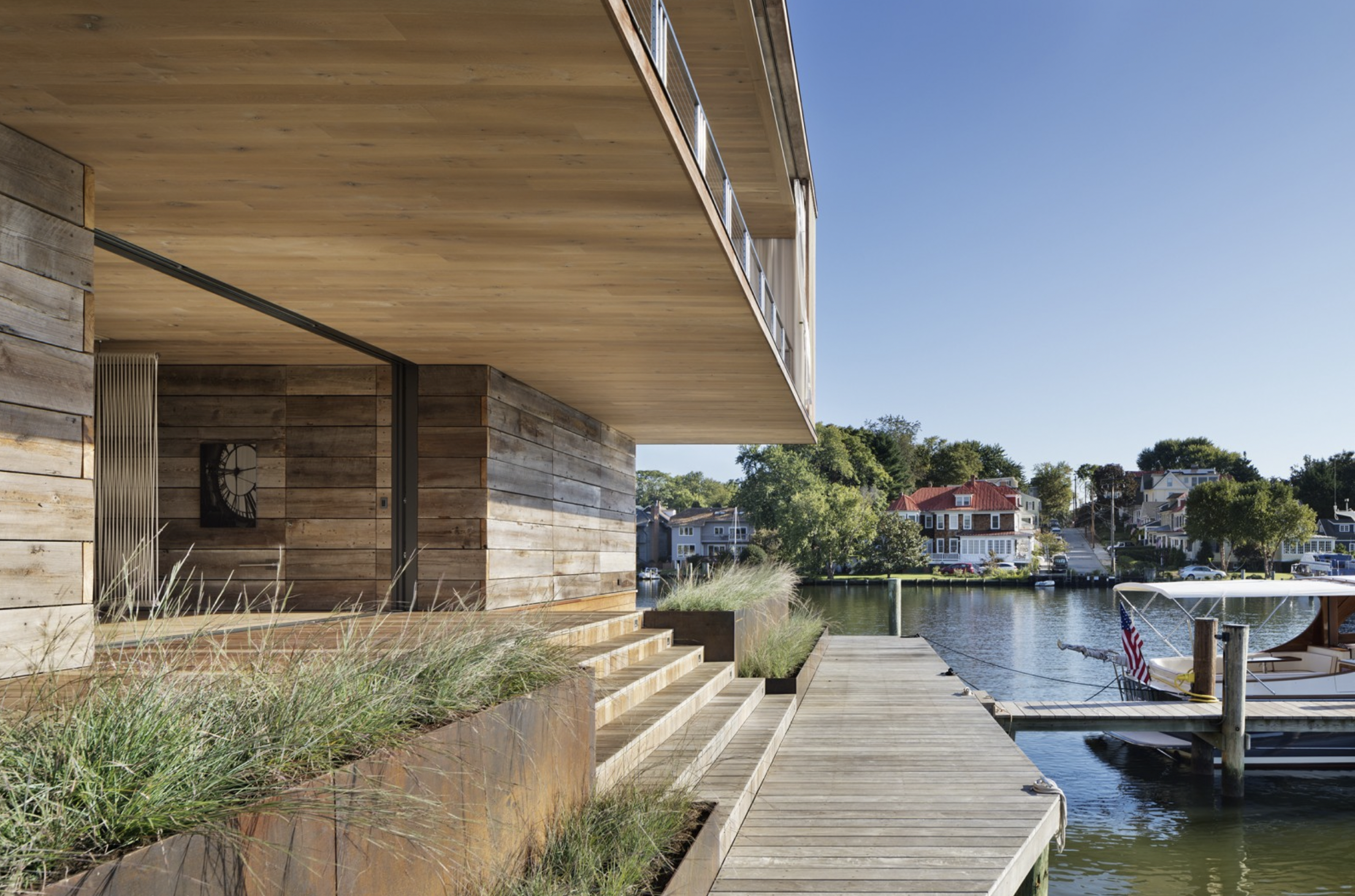 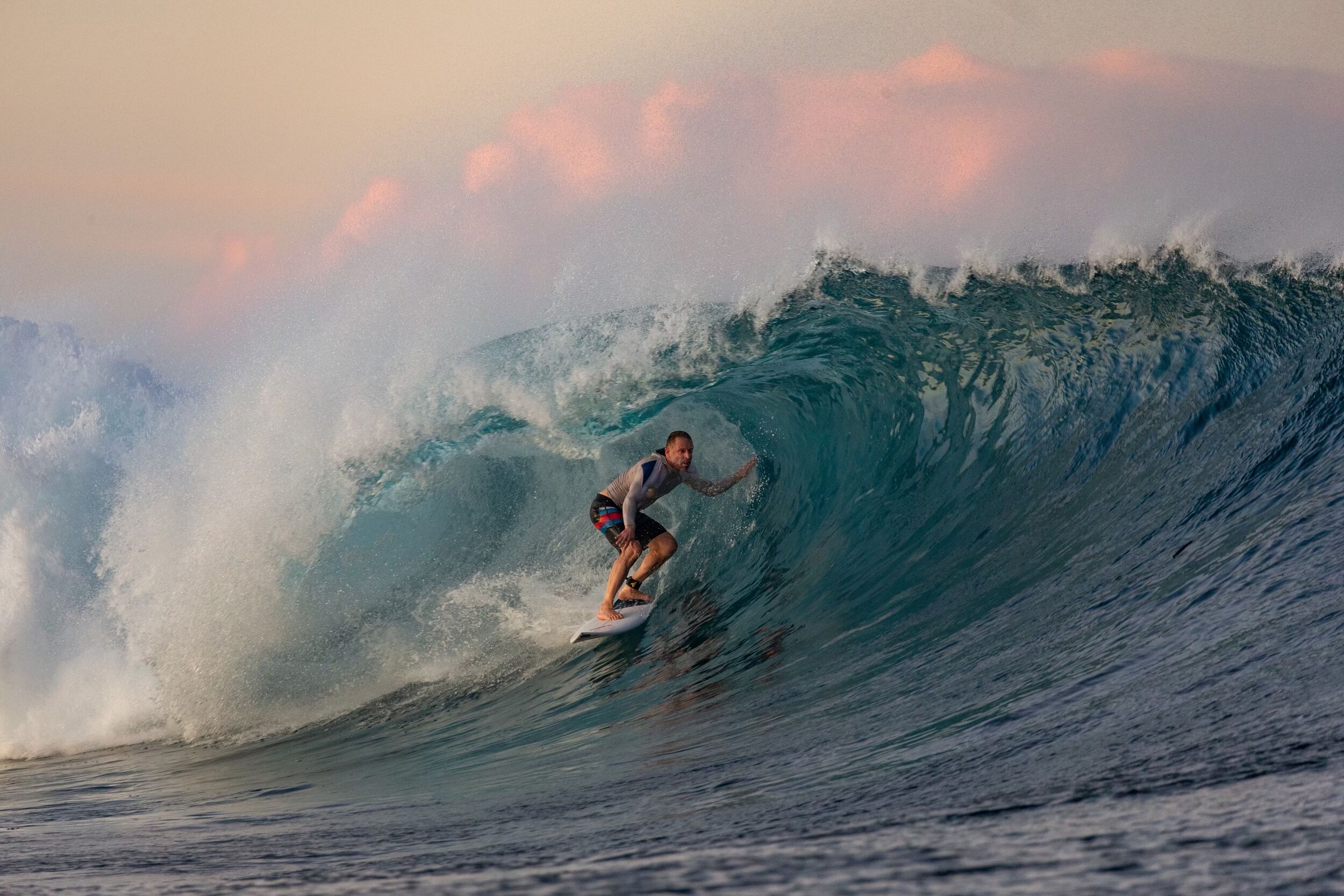 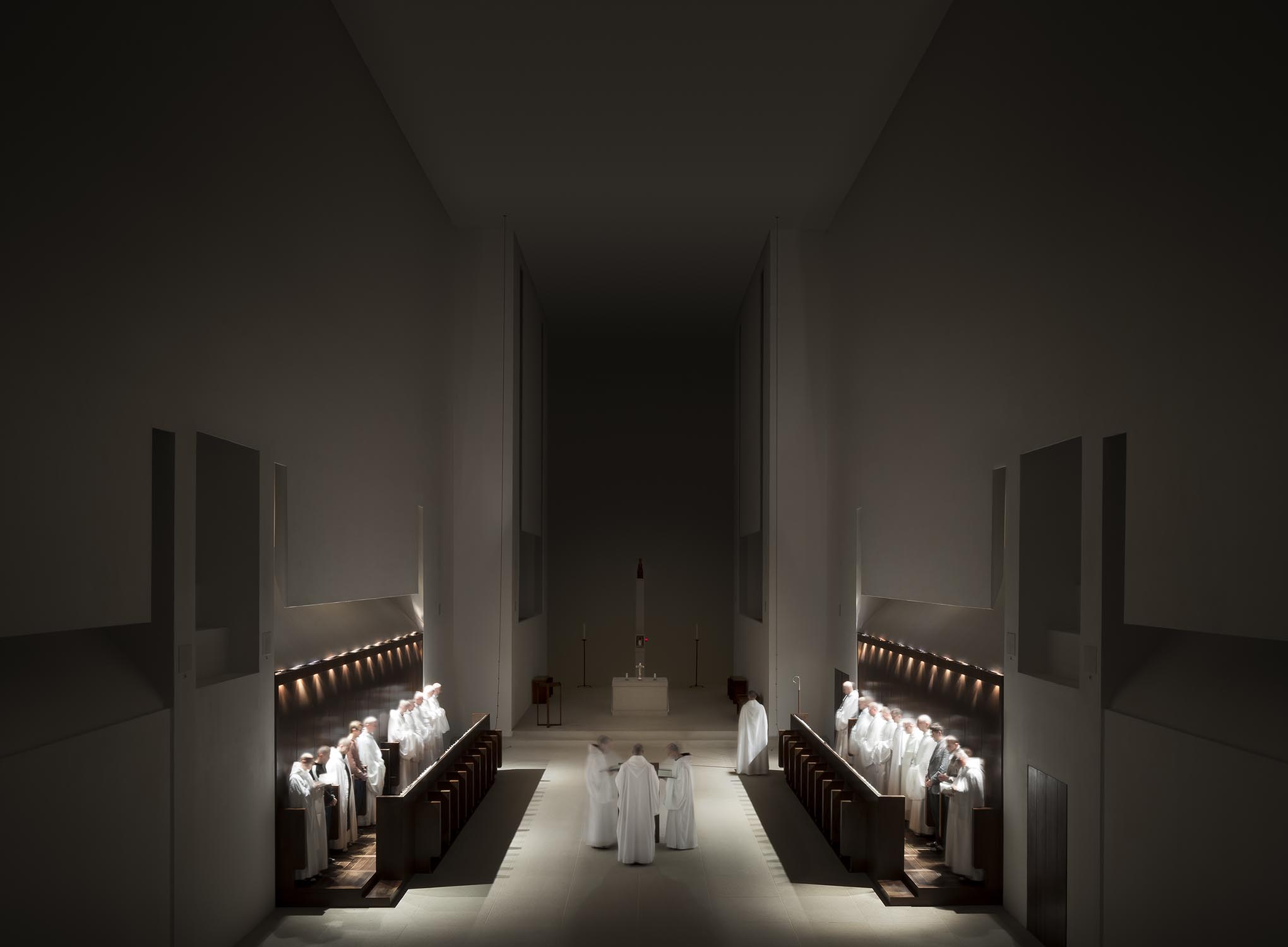 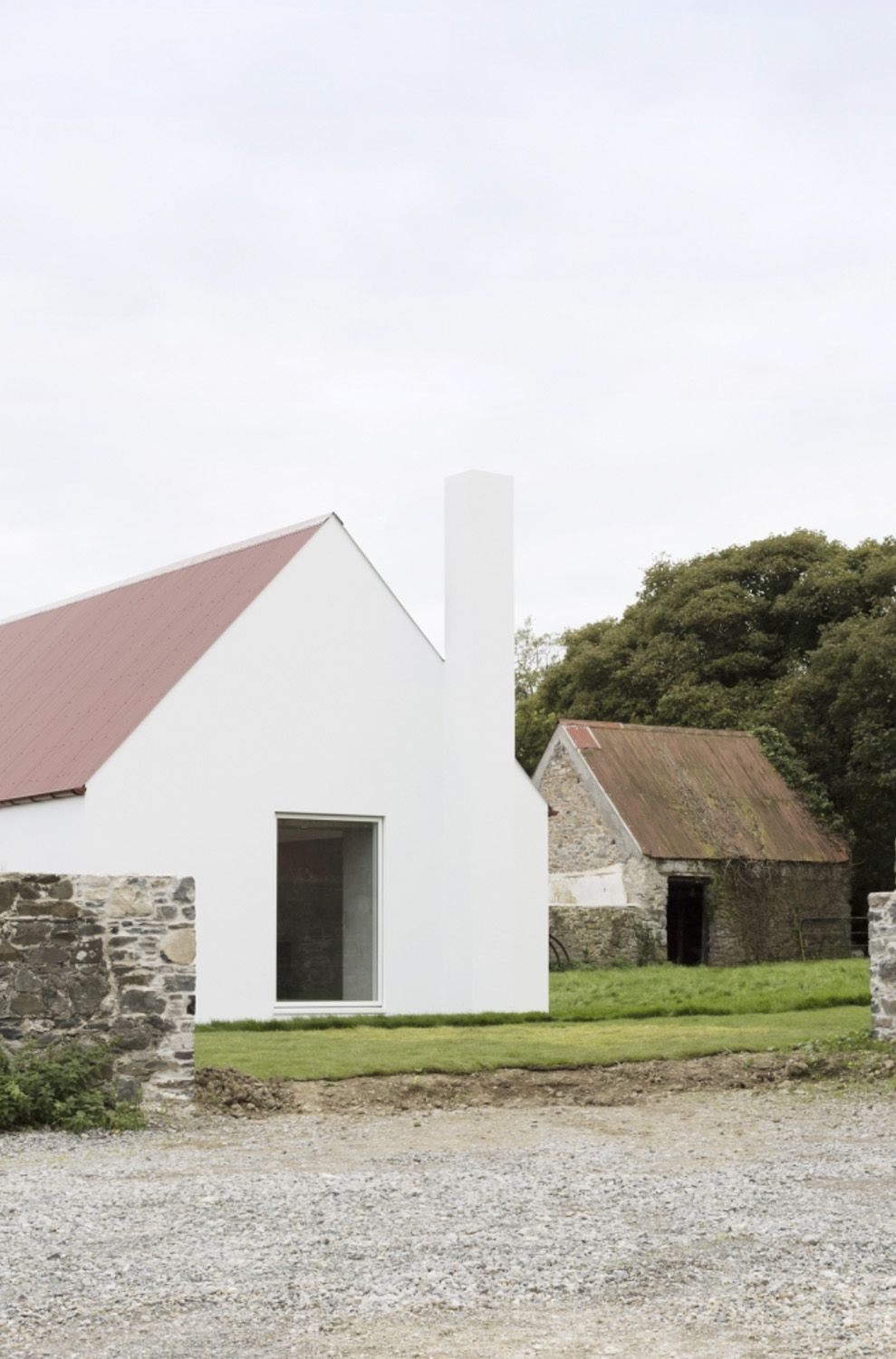 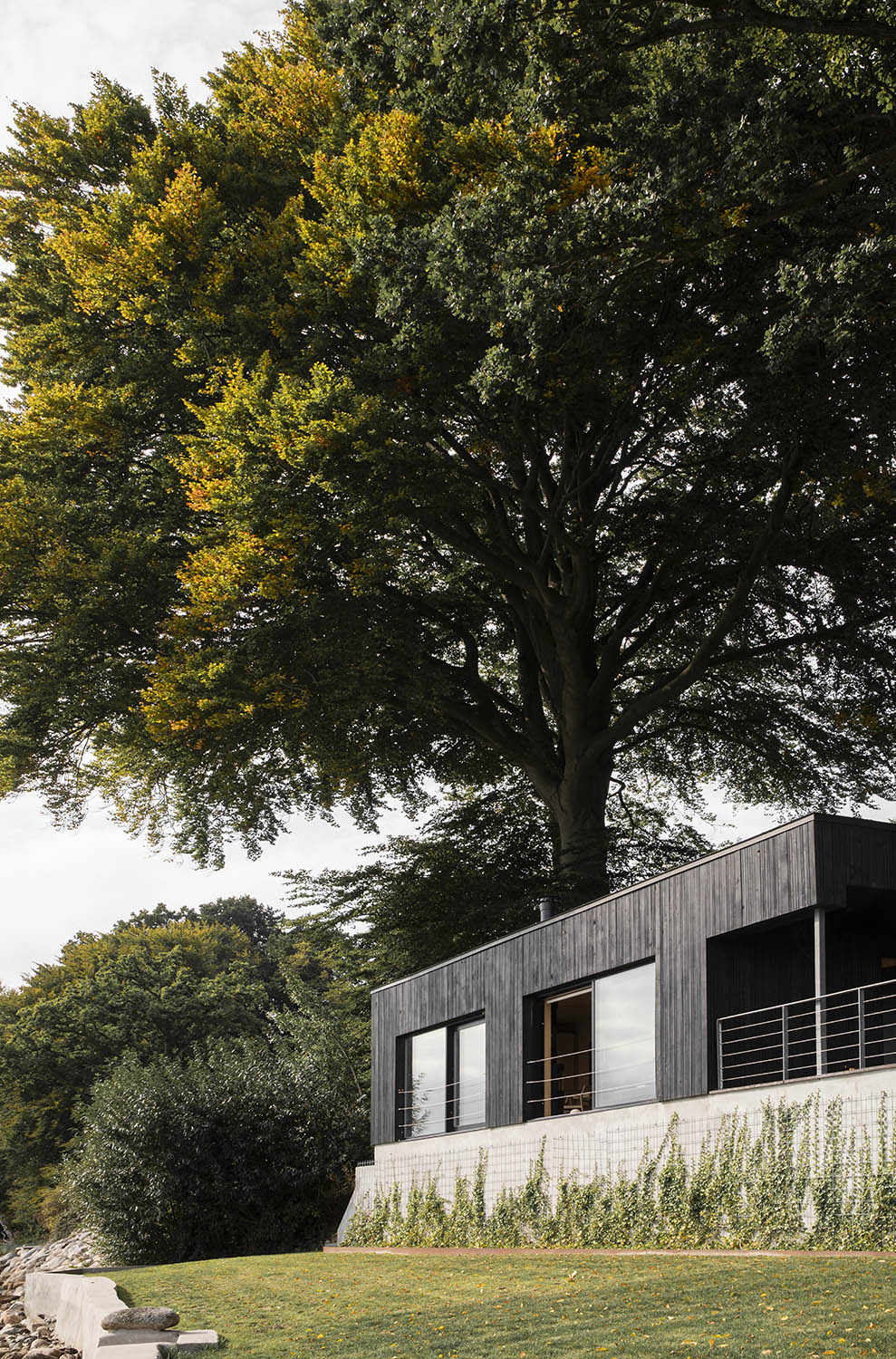