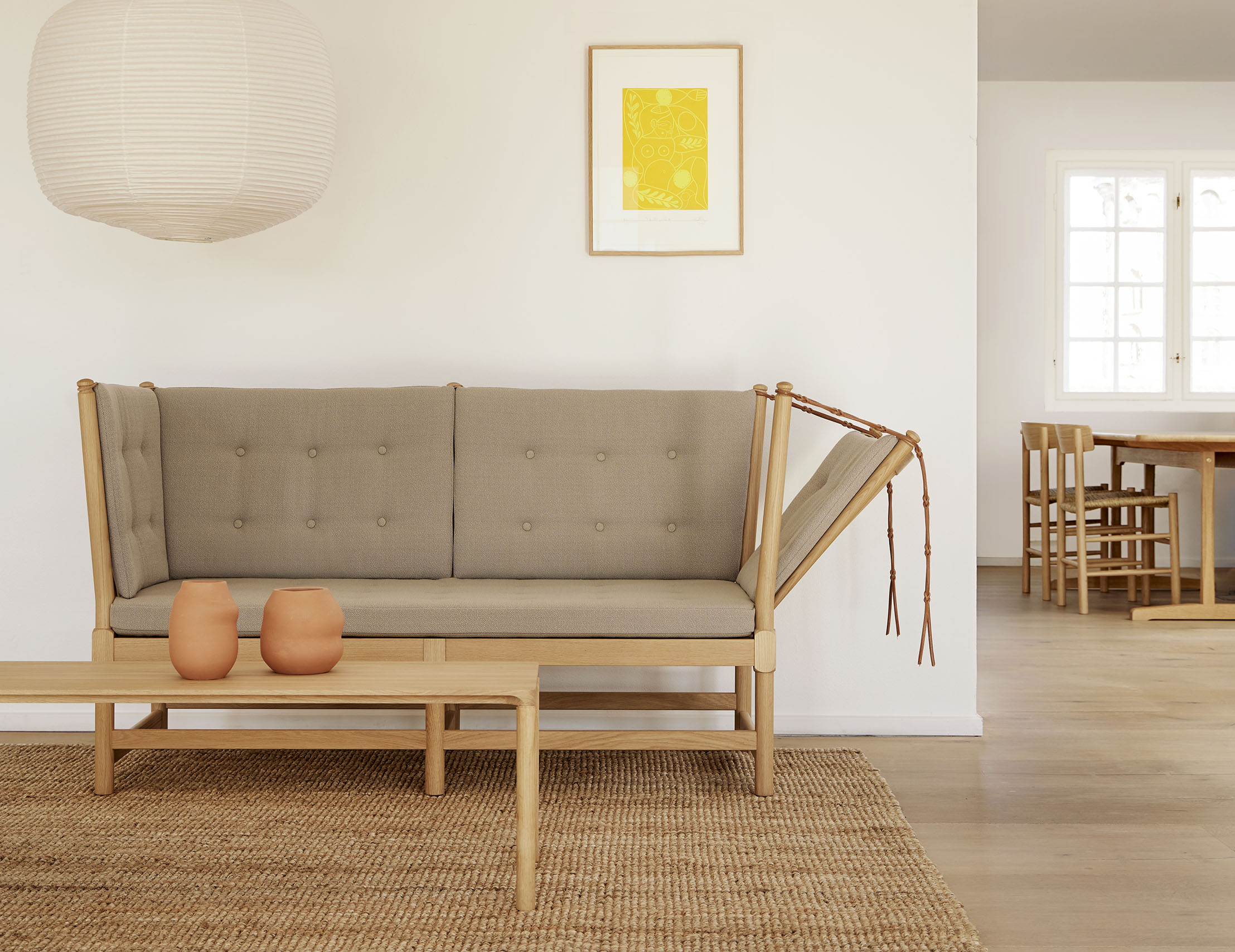 Rasmus Graversen is the COO and former Head of Design at Fredericia, a Danish furniture manufacturer that was founded in 1911 and which has been run by the Graversen family since the 1950s. The company manufactures design classics, by legendary Danish designers like Børge Mogensen and Hans J. Wegner, as well as contemporary pieces by international designers including Jasper Morrison. We spoke to Rasmus on a weekday afternoon about being a third generation member of a renowned family business, how to create timeless furniture, and why it’s so difficult for him to pick his own favourite product.

Can you introduce us to the company?

The company was founded in 1911. In the 1950s, my grandfather, Andreas, started to work with the designer Børge Mogensen, and together they pioneered an approach to furniture design – it was already very much Mogensen’s approach – that was about making furniture with a kind of ethos or set of values, so that the company didn’t just churn products out. My grandfather said that if Fredericia had only been about making money, he might as well have manufactured sausages. They developed a deep sense of responsibility to the people who were going to use the furniture. This was around the time when society was rebuilding itself after the Second World War. There was a kind of democratise ideal, and a quality craft ideal – that manufacturing processes should be industrialised so long as the craft wasn’t sacrificed. Finding that balance was what they were good at.

Your father took over from your grandfather?

Yes. And that’s when we developed our scope of design. He headed Design at the company in the 80s and 90s and early 2000s. He maintained the ideals of Børge Mogensen’s furniture, but he was also open to other visual expressions. There was a time when Mogensen’s ideals were seen as being old-fashioned. People regarded his craft approach as too expensive a way to produce furniture. But now the tides have changed again, and people are starting to value, on a global scale, furniture that is worthwhile not just as a showpiece in the home but as a feature of your daily life, like a piece of clothing is.

What was the Mogensen ideal exactly?

It was about making well-crafted design out of good materials – good materials are important because they patinate well. And it was about a kind of human empathy – a human approach. With a lot of our furniture, you have to feel it before you can really appreciate it.

I’m third generation, yes. I’m CCO now, the commercial officer. I develop our commercial strategies. But I’ve also worked in the product department, and for the past four years I was Head of Design. It was my job to look at our lines and bring them closer to our values, and to scrap pieces that were not inline with our ethos. I think we realise we’re doing more than just making stuff here; we have an obligation that goes beyond that. That’s what I find meaningful about the company.

How important is it that the company is still family run?

The family part makes it easier for us to prioritise our values, especially in times of trouble. We have, at the moment, huge pressure on supply chains, on costs – our obligation is to maintain the values, but also be open to the commercial development of the brand.

Are the values inherent in you?

Yes, but it’s also very much about choices you make, and what comes from being a manufacturer of quality. My grandfather, for example, would visit the woods in Germany to pick out the trees from which we’d make our furniture. There was no FSC certification then – he was the certification. When we translate that to the modern supply chain, we can enact similar measures: traceability of sources, for example. We don’t work with any sub-contractor we cannot visit ourselves, to see how they do things.

You mentioned you’ve had to let go of a few pieces that no longer fit with the company’s values?

Yes. We had, for example, a big chair made of ABS plastic. When I came into the company, ABS was not recyclable, and it didn’t have the same kind of… Well, it was a nicely designed product, but it would maybe tick all the boxes in another company, not ours. That was a hard decision – it had been part of our collection. But we did it to build more coherence between our products.

Is there a line of furniture you think represents the company?

We have a lot of lines that have been in production since the 1940s. We just celebrated the 75th anniversary of the [Børge Mogensen-designed] J39 chair. That chair has been in continuous production since 1947; in fact, sales are growing. That’s when a product really becomes timeless. When we do make furniture, that kind of thing is always in the back of our minds: the materials, its strength. But also a chair must have some kind of poetry, some element of distinctive design, because if you don’t have that then people won’t take care of it. One of the reasons things last is become people take care of them. That’s where the craft comes in. When you can see that somebody took care in making a piece of furniture, you take more care in looking after it.

When the J39 chair chair was put into production, 75 years ago, did Mogensen expected its lasting popularity?

I don’t think so, no. It’s been overwhelming to see how it’s continued to grow. During the 1970s, my grandfather was keen on making sure we kept producing pieces he considered “good”, even though they weren’t super trendy in the moment. If they were “good”, he felt, they deserved to be in a room with other good things. Of course, we’ve designed a lot of products that just don’t fit the times now. And when we design new products, in order to make them last, we have to consider the now. If they’re an imitation of furniture from a previous time, or if they don’t have a clear connection with the time they are made, it’s hard to make a classic. You can tell when all of our classic pieces were designed.

How do you balance that: making something new that is also long-lasting?

The design idea must talk for itself, there must be a sense of clarity, and the construction should be logical. That’s our experience – that’s when things work better. We work with designers at a certain level that we trust and who we have a close relationship with. They look into our heritage and bring something new to it. We’re very fortunate that way. It’s a collaboration.

That’s a fun thing for designers isn’t it? To learn your DNA and develop it?

Yes. I like to say that each designer should nudge our DNA just a little bit, to add their touch. That’s what makes things more interesting. It’s like a family that way. A new family member brings freshness.

How important is materiality?

It’s key. A deep sense of respect for material is embodied in the company, especially the Mogensen designs.

When customers by a piece from one of your lines, are they buying it with the intention of having it with them their whole lives?

Absolutely. And I think people now want to come to companies with honest supply chains. Denmark is very concerned about material culture at the moment. And we hear a lot about people who have, for example, a Mogensen Spanish Chair, having inherited it from their grandparents. There is this idea now that you live with furniture every day, you live your life into it, it develops your patina, and you care for it. This is the ideal for us, to make stuff that brings people joy.

Exactly. It should be friendly to you. I own a chair that was once in my parent’s living room. I took it to my own room. Then, when I moved out of the house, I took the chair with me. Through many stages of my life this chair followed me. It’s an honour to be associated with products like that. It’s meaningful.

Do you have any favourite pieces?

I do, yes, from the modern lines and the classic lines. But I represent all of our furniture, so I’d rather not pick individual pieces.

Yeah. I have my Hunting Chair, designed by Mogensen. That’s the chair that followed me from my parents’ house. It means a lot to me. But there are a lot of other good designs. 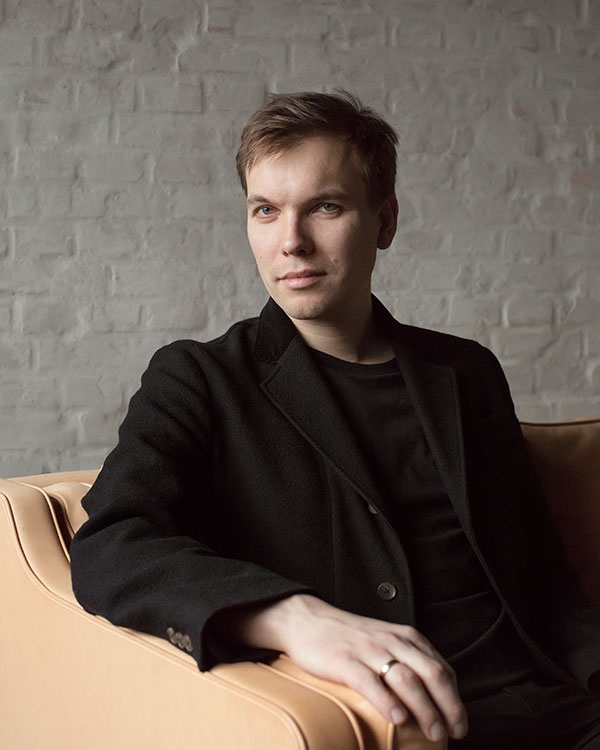 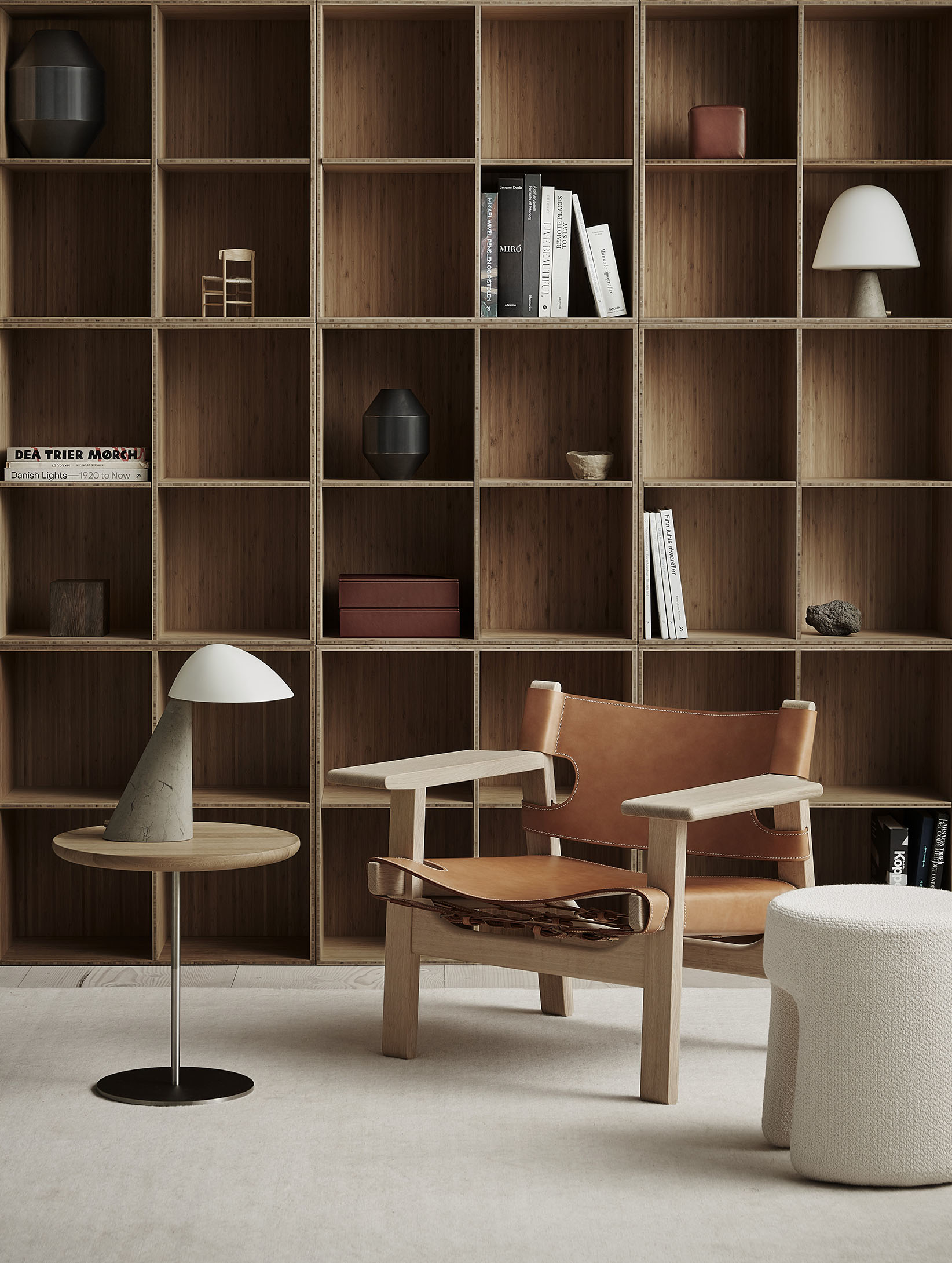 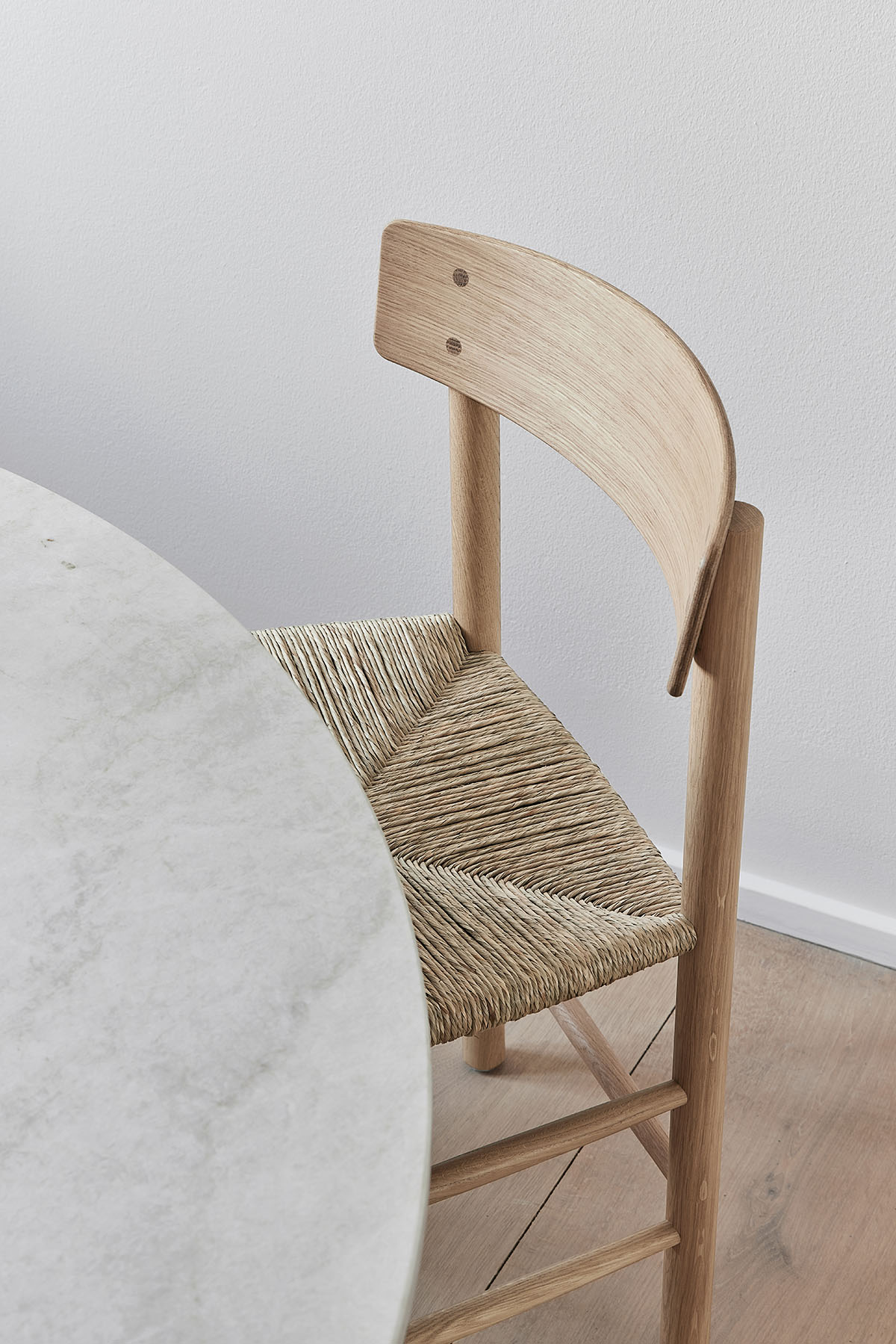 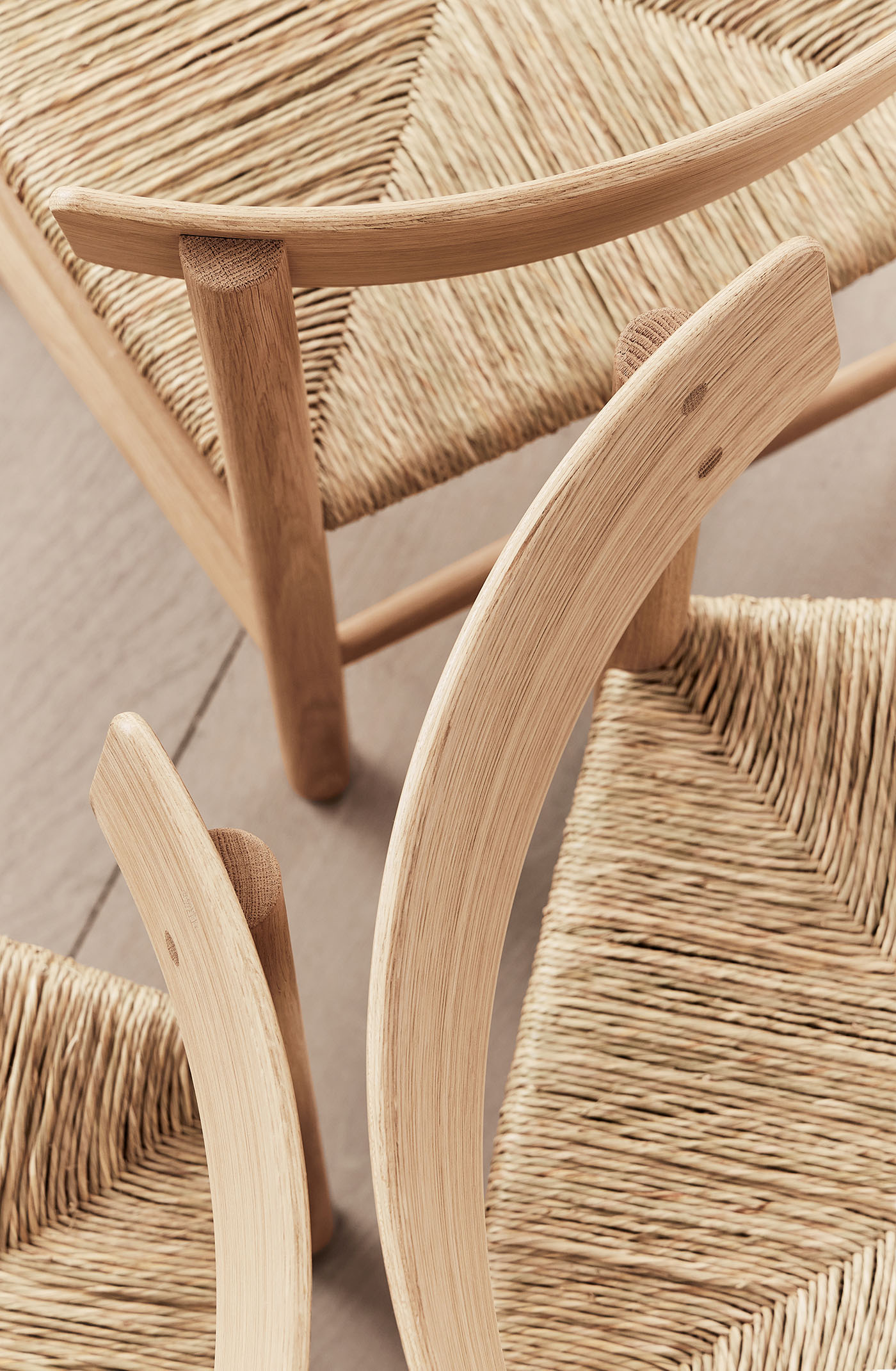 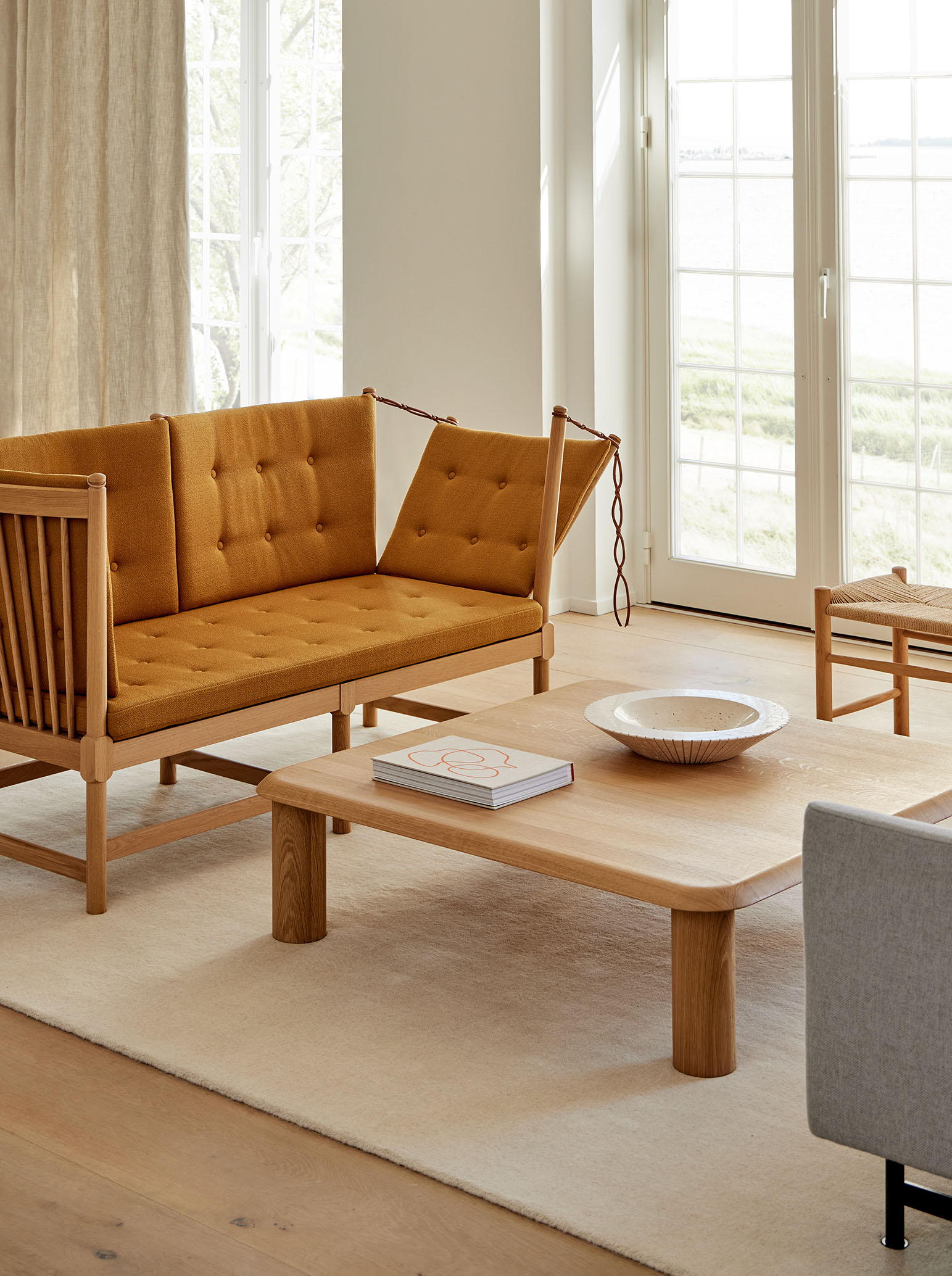 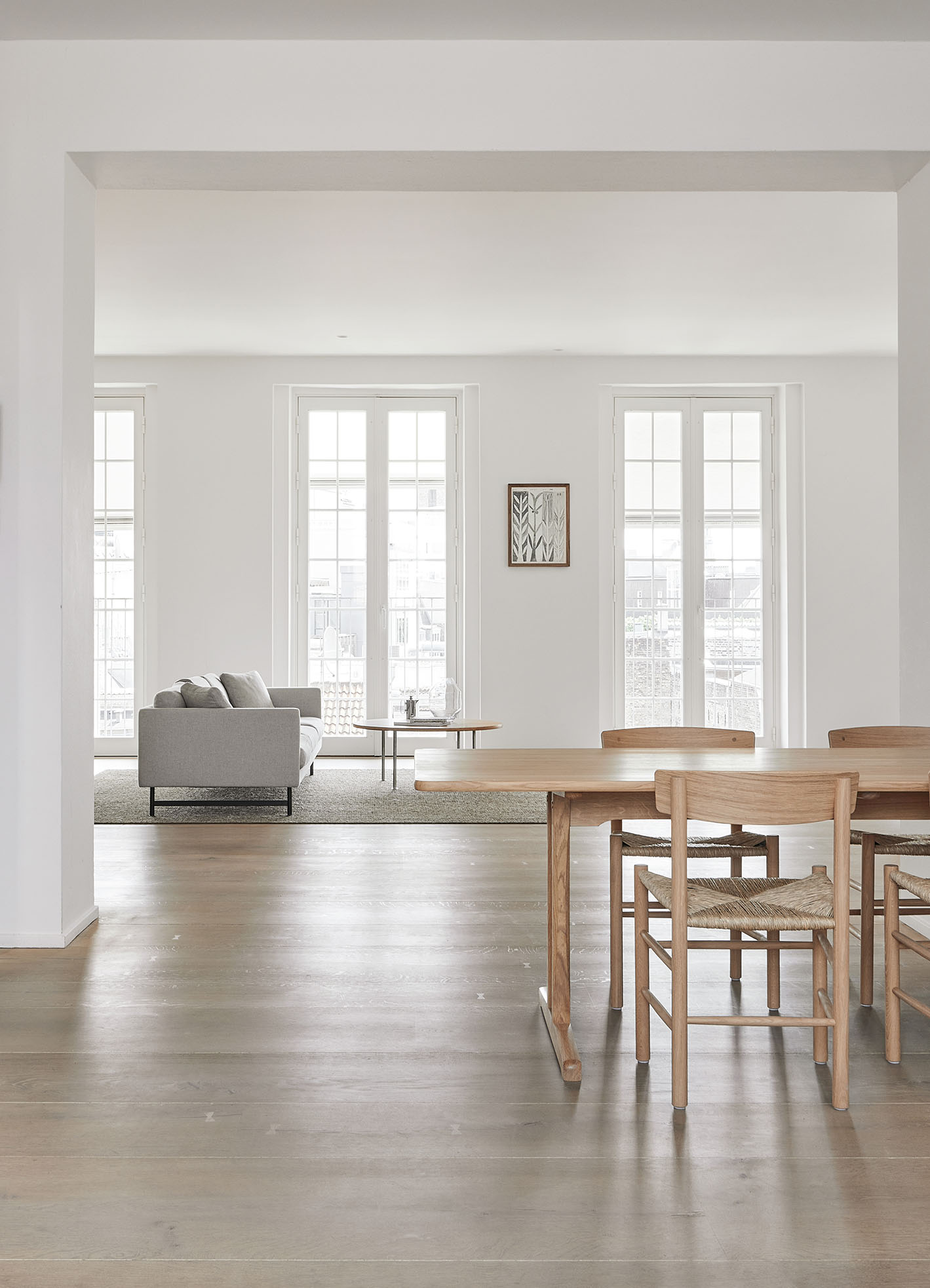 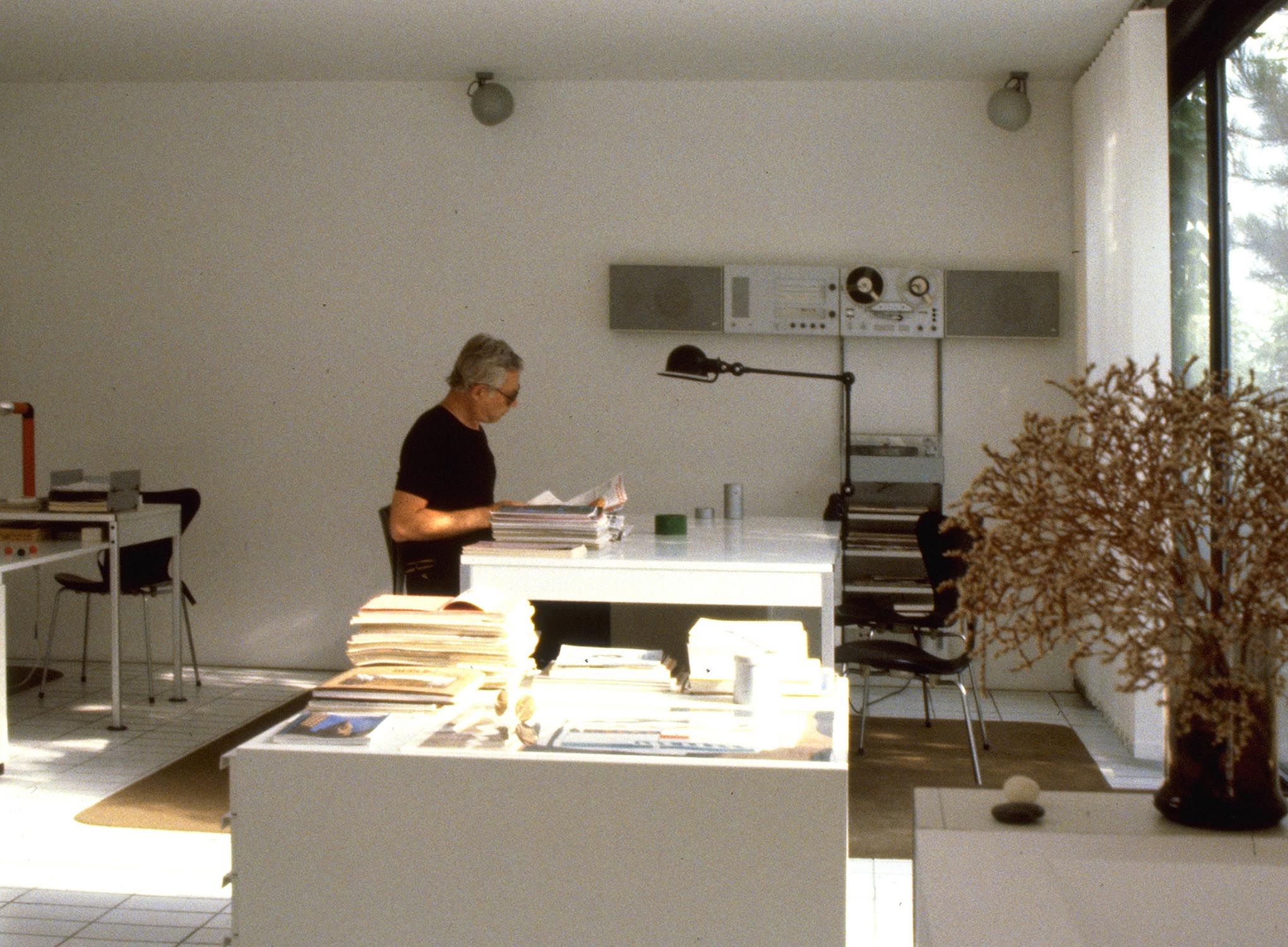 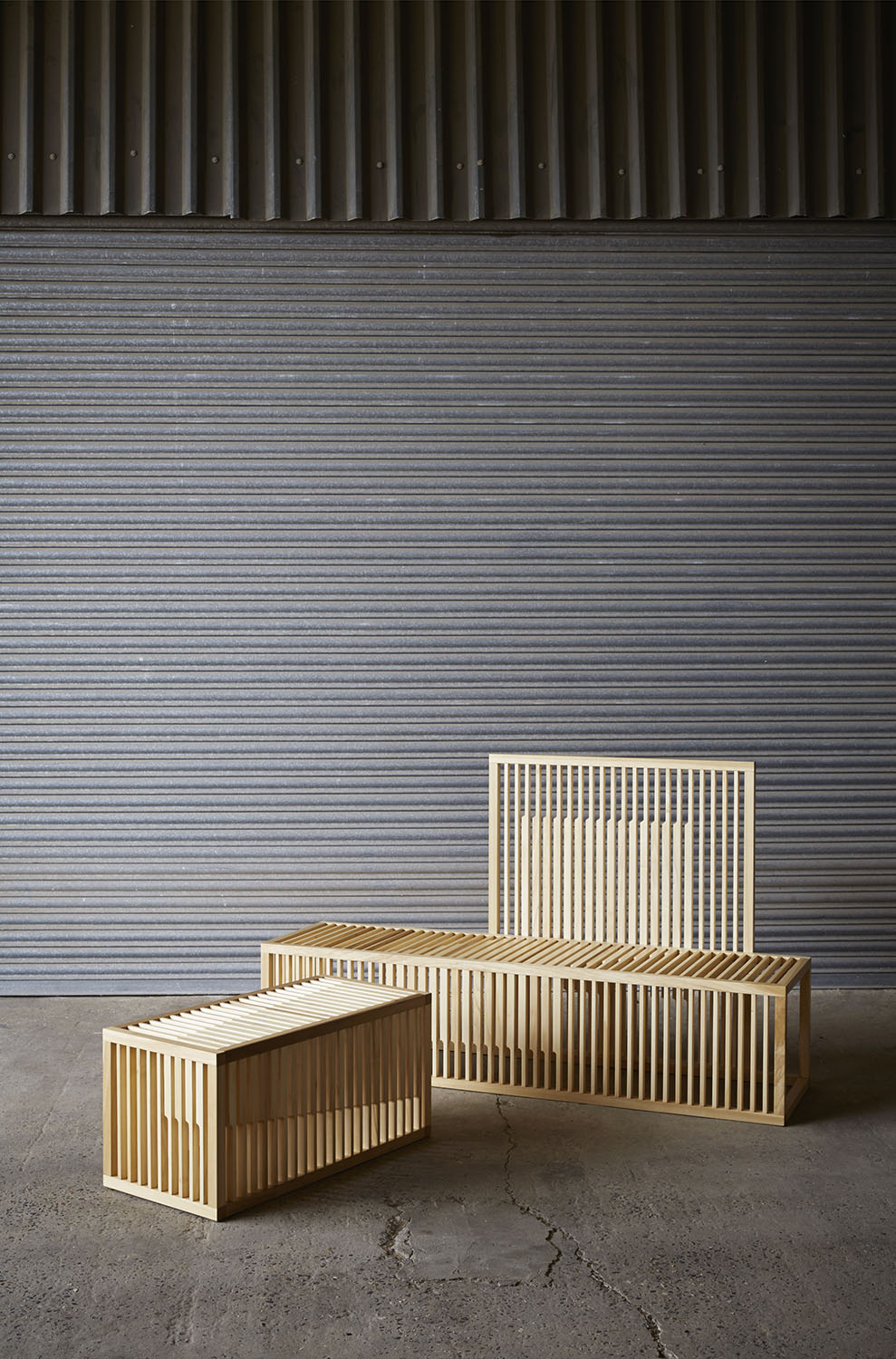