The architect Ryan Kennihan moved from the US, where he was born, to Ireland in 2002, not long after he graduated from college. Soon, he opened an architecture practice through which he creates “careful and timeless” buildings designed “with durability and permanence as primary objectives.” Kennihan and his small team have worked on private homes in Dublin and Galway, public spaces in Dublin and Roscommon, and other projects in Paris and the US. We spoke to Ryan about mixing tradition with the modernism, the importance of materiality, and why he’s not retuning home just yet.

Could you start by describing the office?

Yes. We’re a small practice operating on the edge of the Earth here in Ireland. I like to keep things small and very detail-oriented, so we can be hands-on in everything we’re doing. A lot of the joy I find in architecture is in getting to know how everything is put together, to bring together a complete vision.

You’re based in Dublin.

Why had it appealed in the first place?

The economy here was booming. They had a special Visa for architects. It was a good way for me to get to Europe, which I always wanted to do. I was interested in its history and the old ways of making, the solidity you find in the buildings and cities here, that slow evolution of time, the palimpsest of layers that comes with making things over many years.

What is it about that kind of tradition in architecture that attracts you?

I suppose two things: (1) the physicality of it. Here, everything is made of masonry and stone and brick, and it has this sense of permanence and endurance. You imagine that building this way means a building will outlive you, and the people after that and the people after that. It’s the idea that you’re making something beyond you. And (2) because we see buildings as carriers of culture somehow. They speak to the time they were made and the people who made them – that culture has an endurance as well. Not just the physicality of the building, but also that all these ideas are carried through it. It links generations, in a way, and makes very characterful places. I’m interested in the interweaving of history and making and culture and tradition. Of course, we add to it in a way that’s very contemporary, but it’s a way that has a foot in the past and a foot in the present. We’re always looking back to look forward.

How important is materiality to you?

I mean, the materials are central to everything we’re doing, and many times they’re the starting point for a project. We don’t start with a form and then clad it. For us, the form of the building, its character, evolves from materiality we’re interested in, and the materiality we find around the site. We like to make buildings that are very connected to the things that are already there. If we’re working in a place that is dominated by brick, then we work with brick. If we’re working in a place that’s dominated by pebble dash, well, that’s what we start with. I always talk about wanting our work to be resonant with the things around it – to be like them but also not quite like them. One of the first things we do is ask: “Ok, how is everything around us made?” And then: “How can we translate that into a contemporary architecture?” It all begins with materiality.

You use a lot of natural materials…

We try to use natural things as much as possible. Brickwork and timber – things that have this natural variability to them and that are very good at giving a kind of character that feels handmade and of permanence. That helps to see how the building is made, understand how it’s held up, which gives it a sense of timelessness and inevitability.

Permanence seems important to you?

It’s interesting, the different ways we think about permanence. In a way of course nothing is permanent. But I do like this idea of the building carrying forward culture and ideas, and for people to be able to say, “Look, this was made 100 years ago.” I’m interested in buildings lasting as long as possible. The question is: how? In a way, the most important thing is that they’re loved. Buildings that are loved are buildings that people take care of, and they endure because they are looked after. A lot of the materiality we find here in Ireland suggests permanence – the stone and the concrete and the block. Everything has this earthy, bound-to-the-ground feeling about it. I was drawn to that when I moved here.

Yeah, it’s totally robust. It has to be.

How do you find the balance between the traditional and the contemporary in your work?

That’s the tricky bit! I suppose I’m not interested in making work that is denying history, or is claiming to be radical, or which has newness as its sole value or objective. I find that ridiculous. Buildings are immediately not new – as soon as they’re completed. They endure, like we said. So newness can’t be the central value of a building. I also recognise that there are thousands of years of human history of building things and that we are able to work with all of these ideas. I’m open to drawing ideas from wherever we find it – a Greek temple, a 20th century modernist building, a shed I find in a field somewhere. Architectural ideas can come out of all of these places. But we have to make things that are not simply nostalgic. That’s the danger of this approach, really. If you direct it solely towards history, it becomes this kind of cliche, and that must be avoided in all costs in my view.

Is there a way to manage that?

You mentioned that buildings in Ireland need to be robust. I get the sense you often have to design around the Irish weather, a lot of rain. The Beech Road House project, for example, seems to make a feature out of the rain.

Yeah. It’s very present. We’re doing a lot of work out in the far west of Ireland. And, you know, whatever cliché image people have of Ireland – about it being windy and rainy and green and treeless – all that is kind of turned up to 11 out there. And the drama! Nature always wins in the end, and in Ireland it’s very present all of the time. It effects your day-to-day. So the question was: how can we take this thing and turn it into a positive aspect of the house, not just something that has to be dealt with, that we try our best to conceal and ignore? How can we turn it into the motivating idea of the project? The whole idea, really, was to make that house come alive in the rain. And we did it through simple things like using a corrugated roof, so that rain comes off the roof in little rivulets rather than random drips. And we held the gutters down more than they should be held down, so you can see the rain falling from inside.

Exactly, yeah. The house is actually better when it’s raining, which I suppose is unusual.

When do you consider the project a success?

That client sent me a little video two days ago. They’ve been in the house two years now and she sent me a video, taken from outside, showing me how the plants had grown in, how the patios are looking, how much she’s loving it. That’s the measure.

When some of our work wins an award or is in a magazine, that’s nice. But that to me is not the measure. The measure is the client calling me up two years later and saying it’s amazing.

Place is an important factor of your work. How different would your work had been if you’d stayed in the US?

It’s hard to imagine I would have got to the same place there, with my own practice, doing the kind of work I like. I kind of ended up with the knowledge-base I have and the ability to make buildings this way because I learned from architects here, because I’ve learned from the building culture here. In the States it’s much more formalised. So, yeah, it’s hard to imagine. I owe a lot to Ireland.

Would you go back?

I do say I’d love to go back and do buildings there. I think our approach, our way of looking and making things, is applicable anywhere. We’re doing projects right now where we’re making resonant, contemporary work on protected Georgian structures from the 1780s. But on the other hand we’re using the same approach on a 1950s pebble dash former council house. The approach is, I think, effective in any context. People everywhere have a desire for architecture that is connected and familiar but somehow different, that has this sense of permanence against the constant tide of change.

You teach in Ireland. How does that effect your work?

I like to bring ideas I’m interested in to the students. And then, through discussion, we draw out further ideas. I like the idea that part of the culture of architecture is that we’re kind of all in it together. It evolves through conversation. Conversation with clients and builders, of course, but also with students. That conversation is very present in the office, too. I’m not the kind of director who, you know, is very dictatorial and dramatic. Everyone in the office is very open. If I draw something that’s crap, I want them to tell me. And they do, you know? It’s honest in that way. And the teaching is part of that conversation. It helps the work move forward. 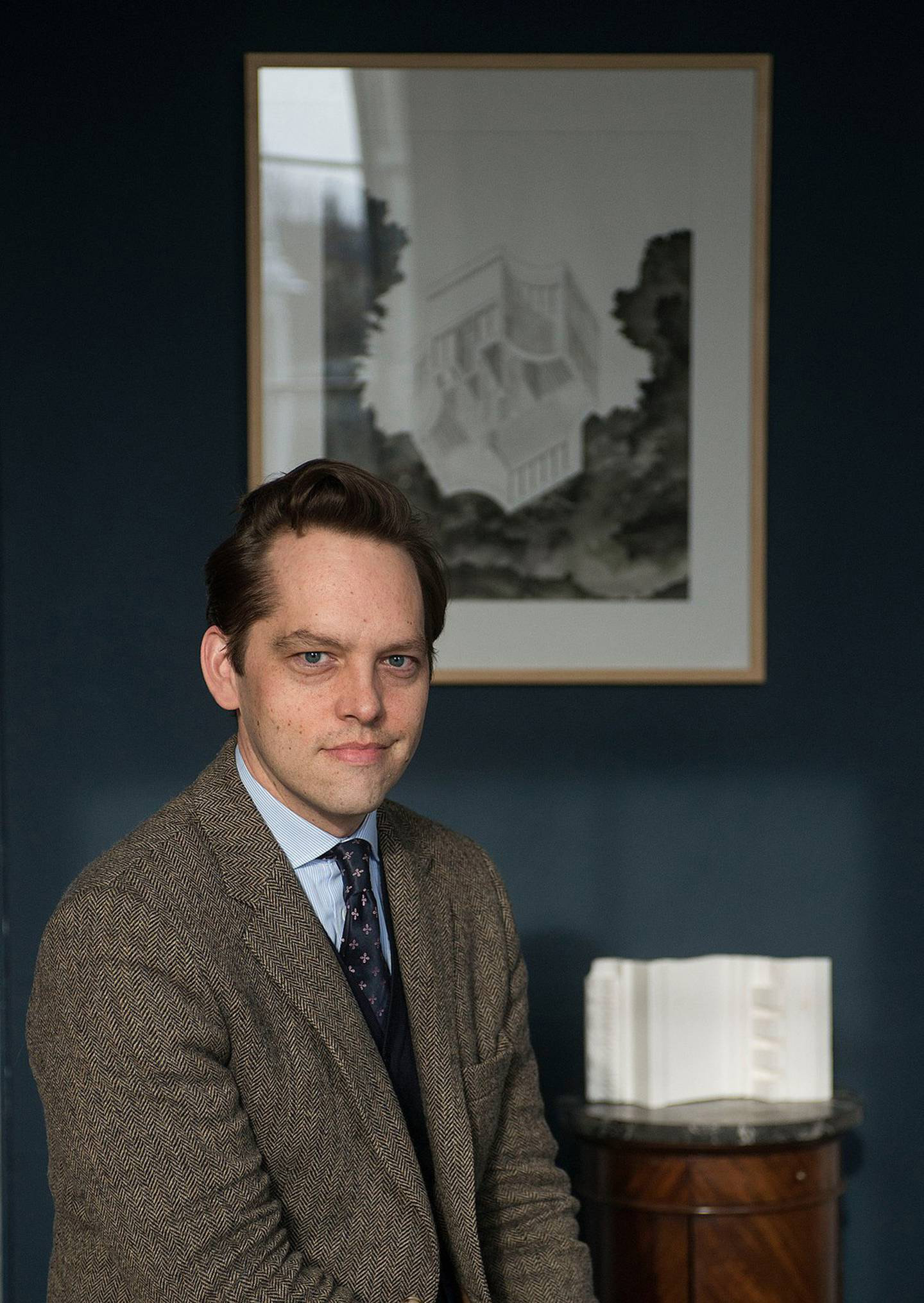 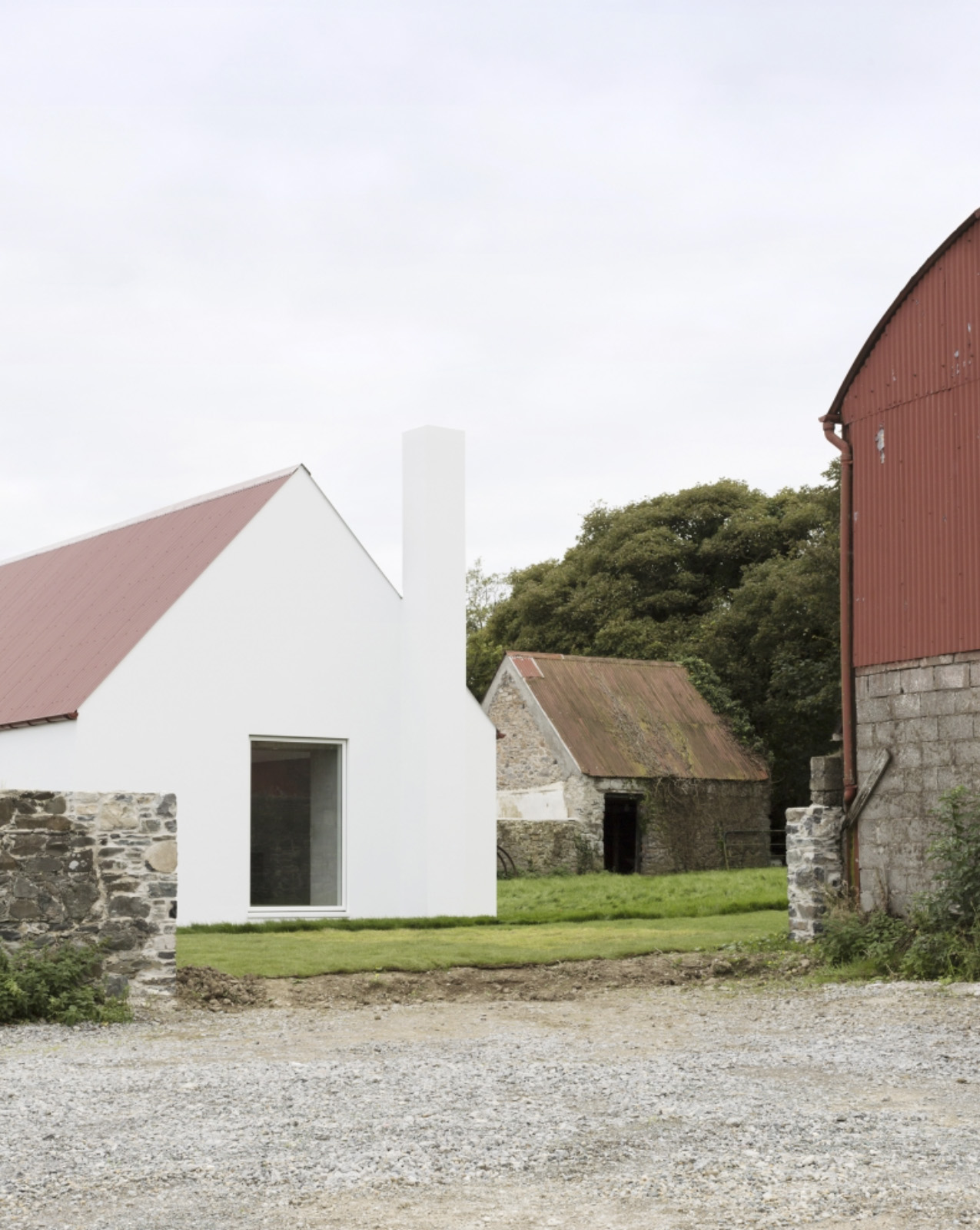 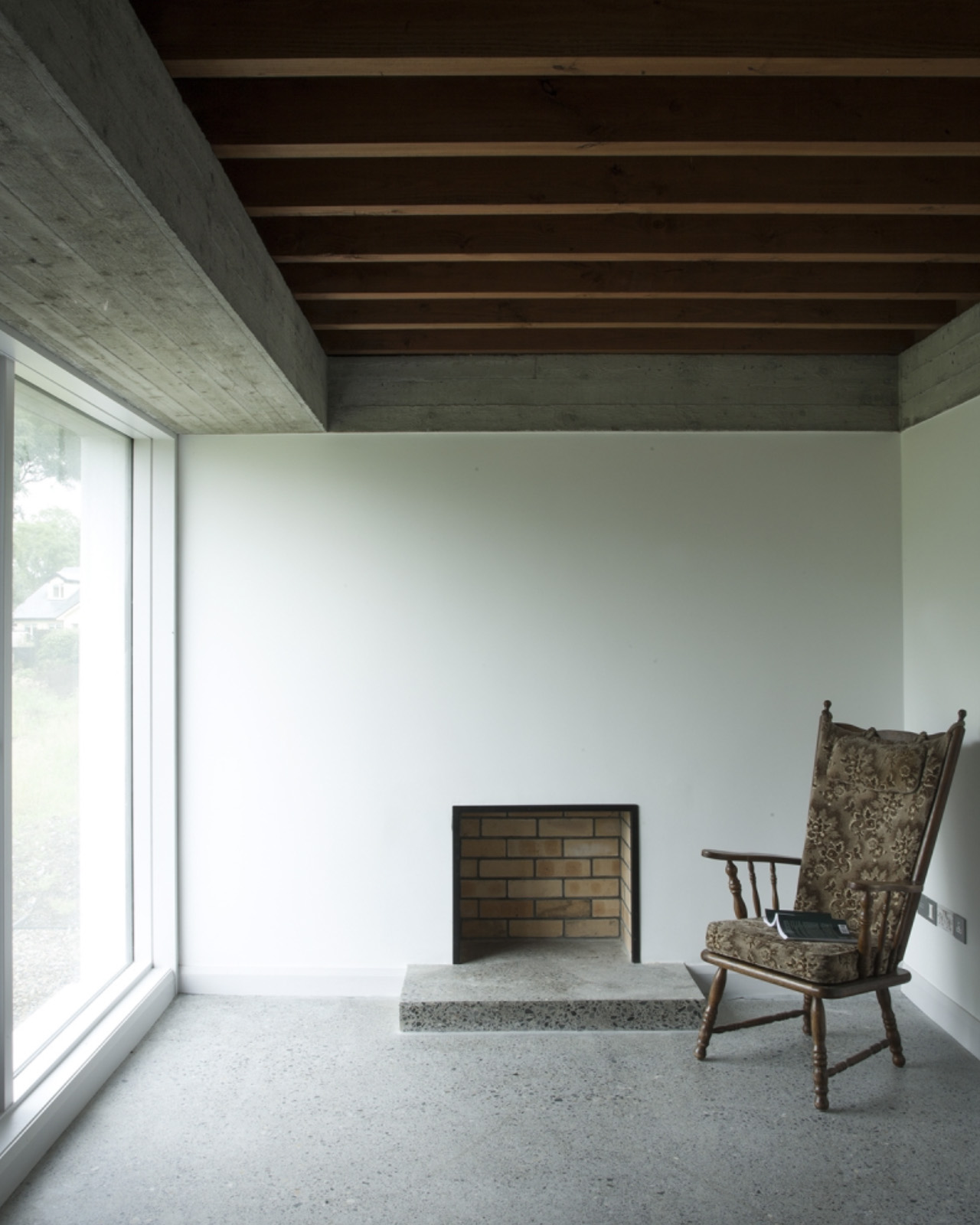 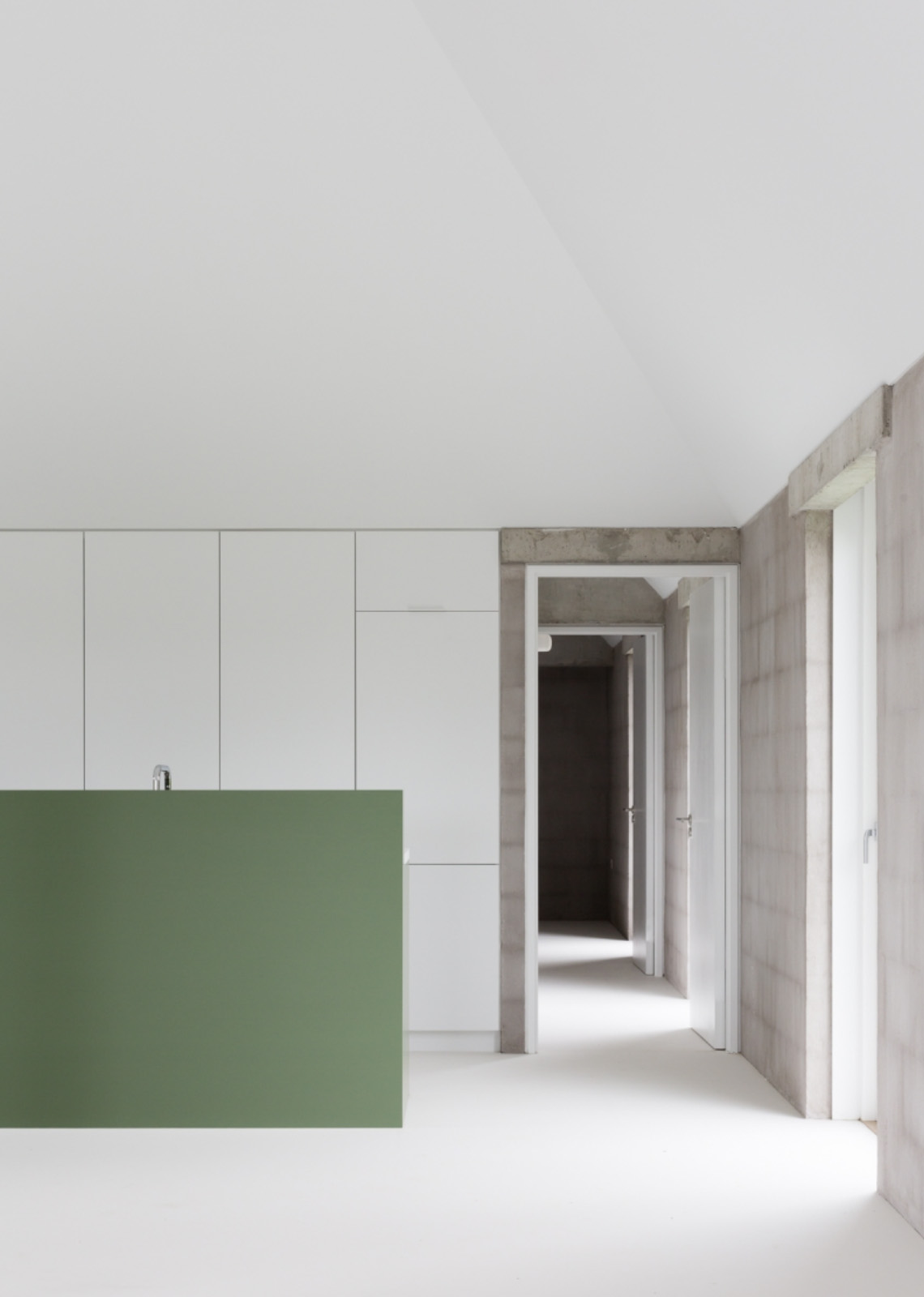 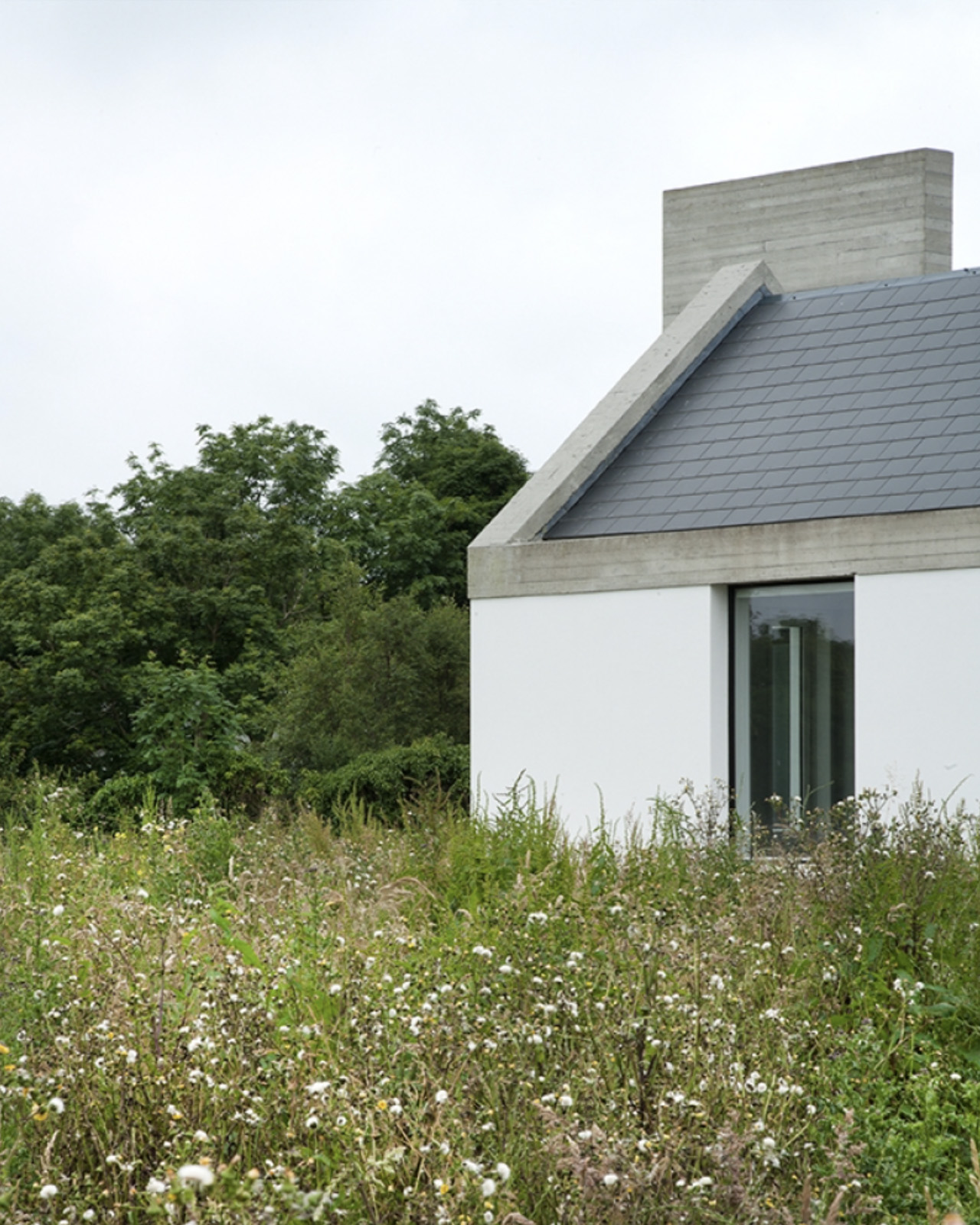 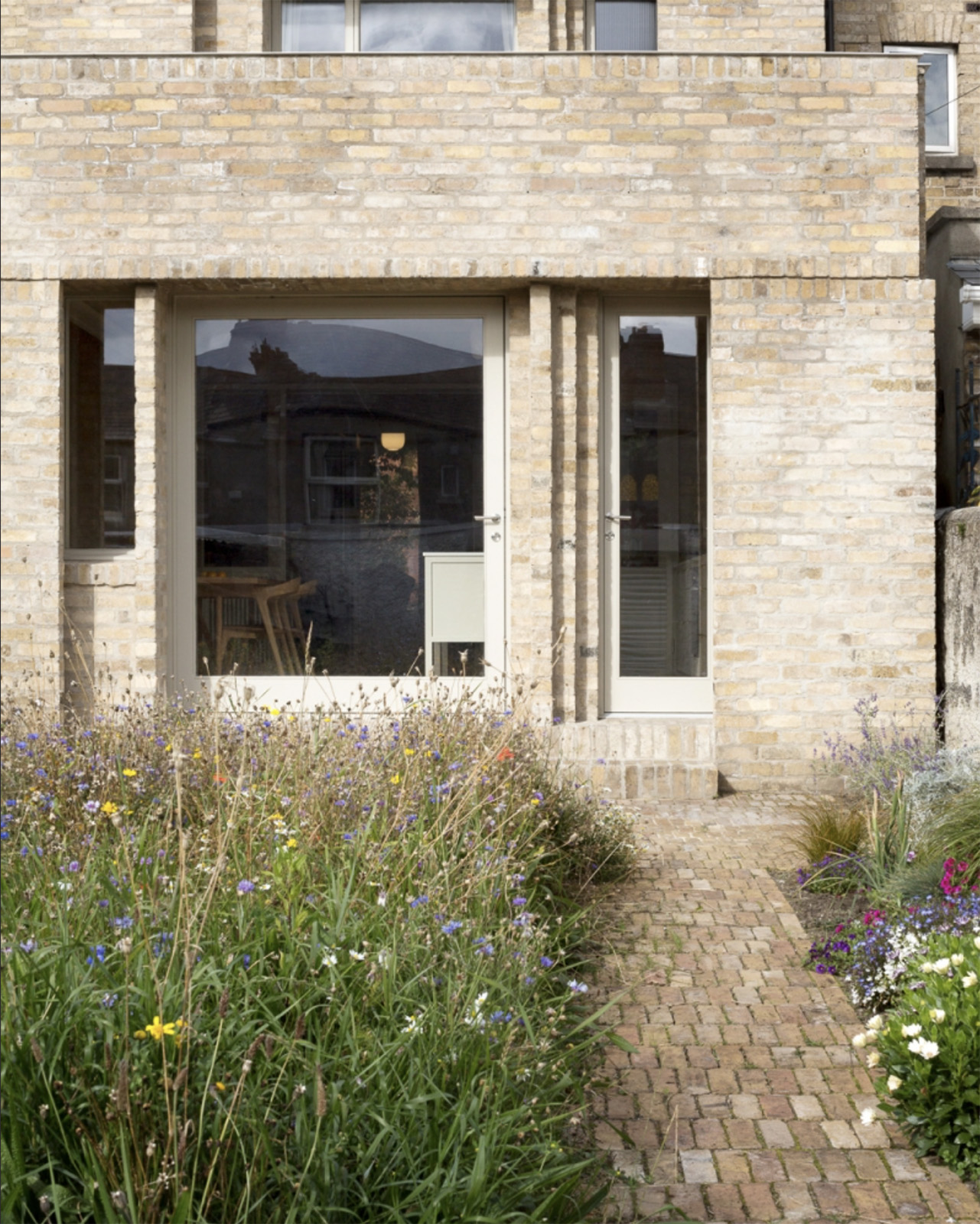 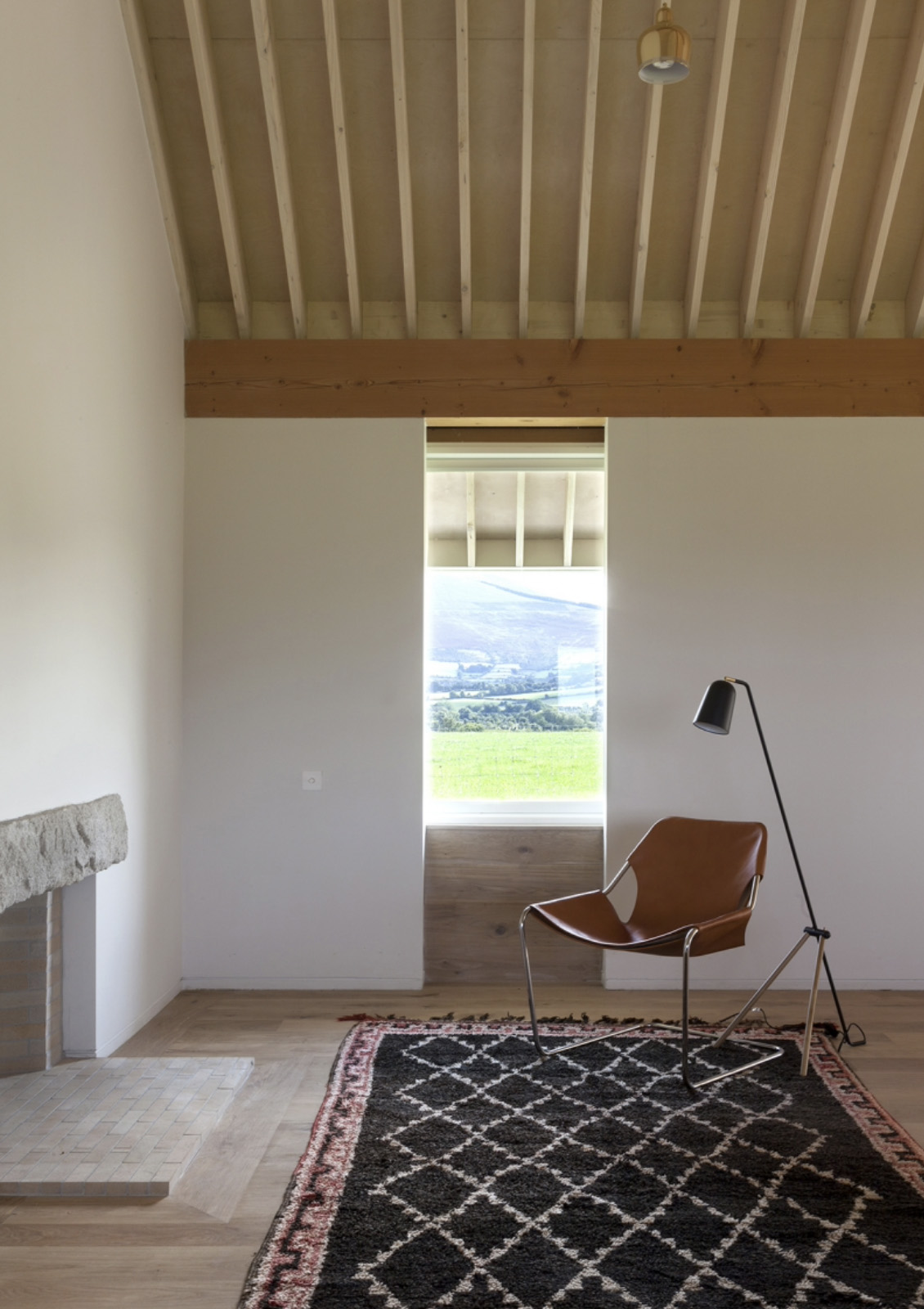 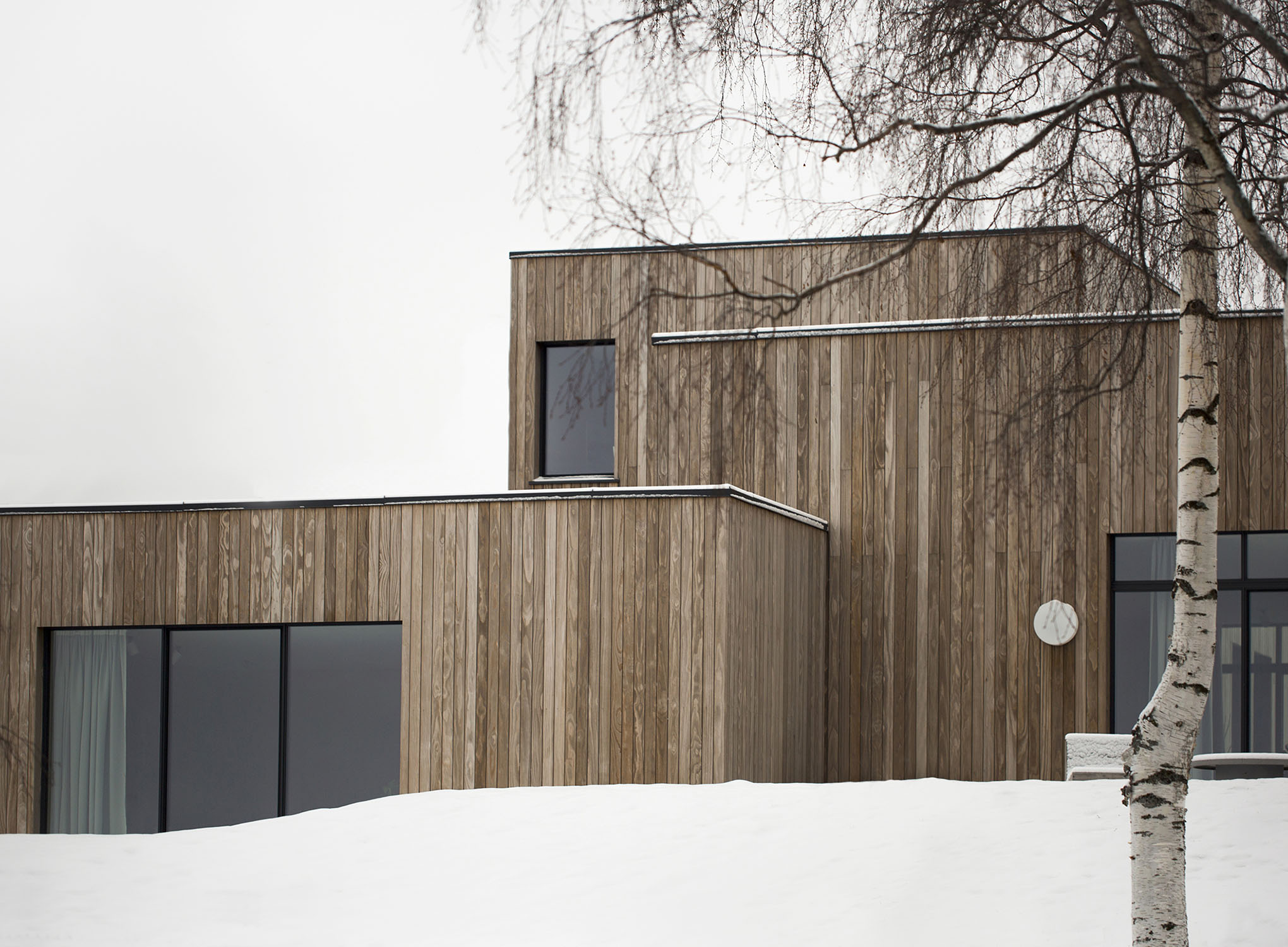 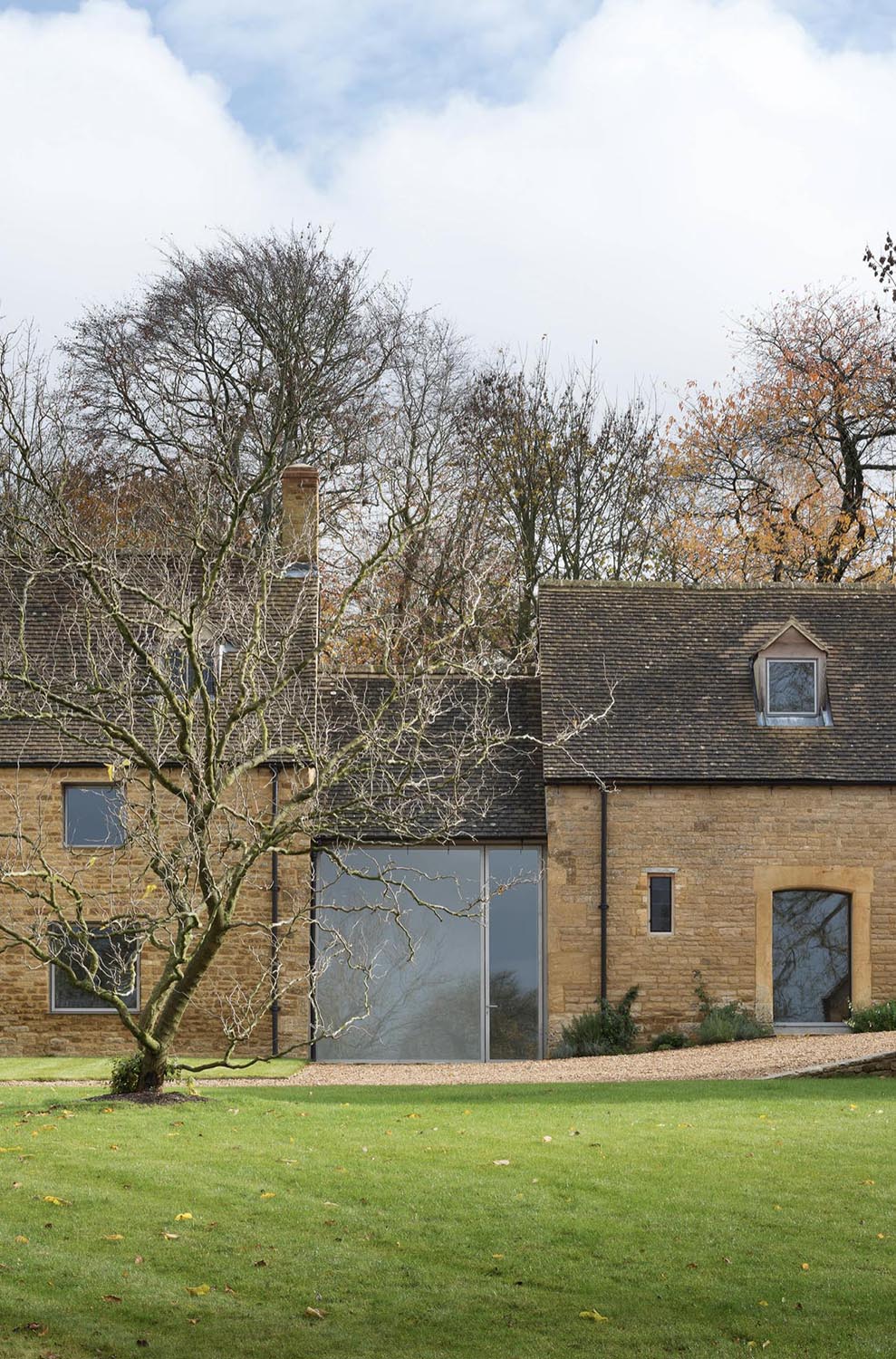